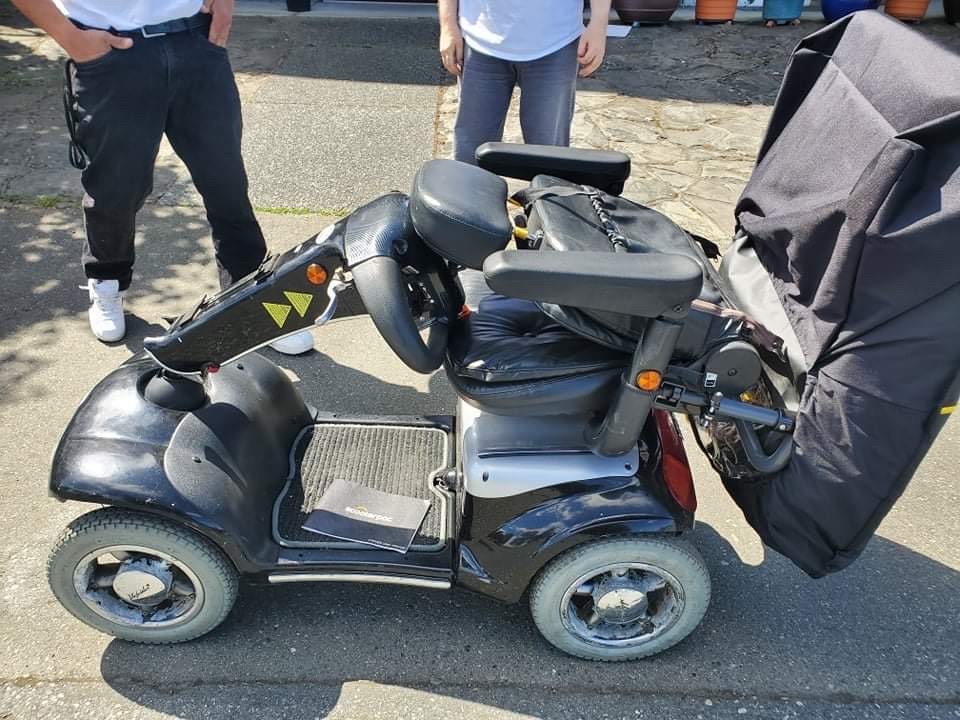 The Nanaimo RCMP are seeking assistance in finding some stolen mobility scooters and a radar sign.

Three scooters were stolen from a garage at Oak Tree Manor on January 27th after the door opener was reportedly tampered with. One was a Shock Rider Trail Blazer Model 889SLSE, while the other was a Red Shock Rider Model 889SL, with serial number 1893C64A0014. The latter had hooks on the back to carry groceries. The third has not been described.

All are worth thousands of dollars individually.

Meanwhile, in Lantzville, town staff reported the theft of a solar powered radar sign some time between January 24th and January 25th. The sign on Lantzville Road and Owen Road was padlocked to a concrete block, which was also taken. The sign dictates to drivers how fast they are going, so they can remind themselves to slow down if they are over the limit.

If anyone has information on either of these incidents, you’re asked to call the Nanaimo RCMP non-emergency line at 250-754-2345.