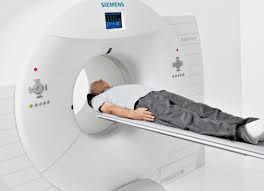 Two new CT Scanners are now up and running at Nanaimo Regional General Hospital.
The two scanners represent a capital investment of around 3 point 6 million dollars with the Nanaimo and District Hospital Foundation is funding up to 900,000 dollars, the Nanaimo Regional Hospital District funded over one million dollars and the province, through Island Health, handed over one point 6 million dollars.
Bob Fulcher, leader of Medical Imaging at the Hospital, says the new scanners emit less radiation and have more applications than the old units….
The bad news is, while the scanners were being installed the waiting list grew to double what’s normal.
Fulcher figures, with some new staff coming on line, and once the holiday season is over, they’ll be able to knock the list down again.
In the meantime, he says urgent patients are being seen right away and the technologists on site are working until 11 every night to try to catch up.