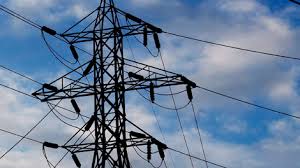 A resident of Gabriola Island, former economist and current vice chair of the BC Public Advocacy Centre says there’s no reasonable explanation for BC Hydro to continue to take on debt.
Erik Anderson says since the demand for electricity has not changed over the last ten years in the province he can only speculate on why the utility continues to build new power generation into the system.
Anderson says a government might choose to spend billions of dollars on projects to make it appear as though the economy is growing, or it might be padding the pockets of its contractor friends…..
Anderson was making the comments on the heels of the BC Utilities Commission hearings in Nanaimo set up to hear comments over proposed Hydro rate increases.
BC Hydro rates went up 4 per cent April 1st and there’s a proposal to increase them again by 3 point 5 per cent and 3 per cent over the next two years.