City of Nanaimo looking for feedback on future walkway

The City of Nanaimo is looking for public opinion on their plans for the Departure Bay Waterfront Walkway.

The walkway is one of six sections that will create a 13km walkway from Departure Bay down to Nanaimo River Estuary. 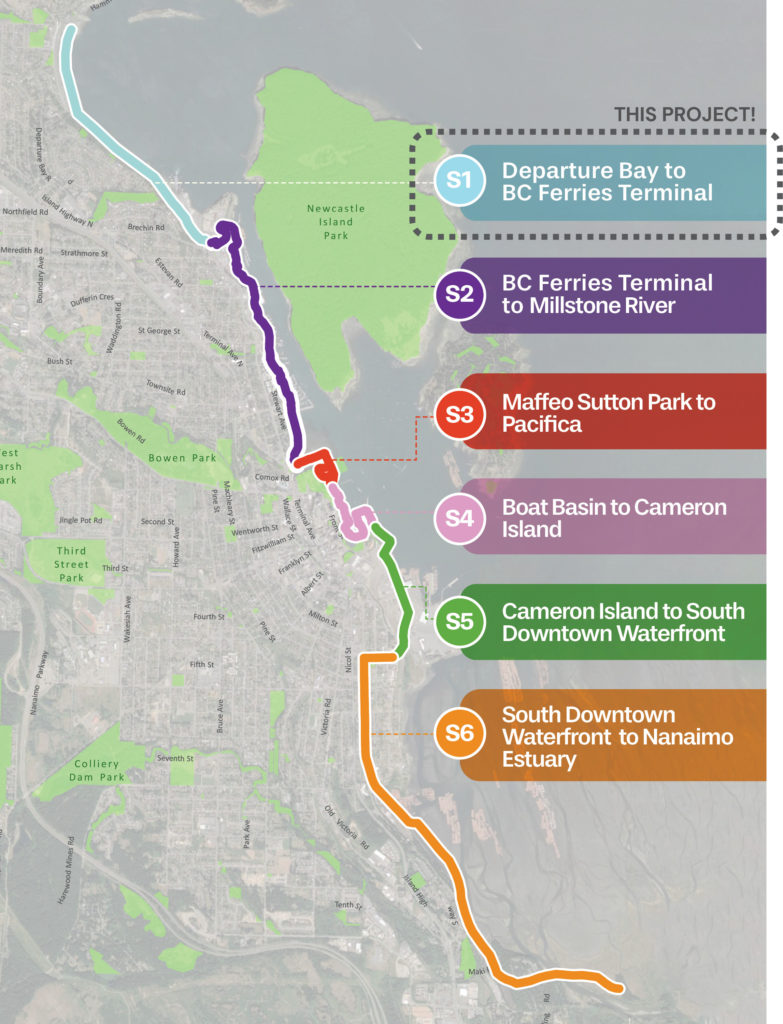 The entire six-section walkway is slated for completion some time in 2027. (Picture provided by the city of Nanaimo)

According to the city, the planned walkway will also be providing dedicated space for cyclists. It is also promised to provide better access to beaches in key areas for residents of all ages, allow for revegetation and protection of existing treed slopes in areas, and improve amenities such as seating, picnic areas, rest areas, cycle parking, and low grade lighting.

The city will also be calming traffic, creating “local vehicle only” areas, and making parking restrictions on Battersea and Randle Roads to enhance pedestrian and cyclist safety.

Residents are encouraged to provide their feedback on the planned Departure Bay section of the Waterfront Walkway via a survey until June 30th.

“The Departure Bay Waterfront Walkway has been identified by the community as a priority for many years now,” said Nanaimo Mayor Leonard Krog. “Council is excited to share these new concept plans with the public and get feedback on the design and budget. I encourage our residents to complete the online survey as the results will help council determine next steps for the project.”

The city has released a video about the project as well.