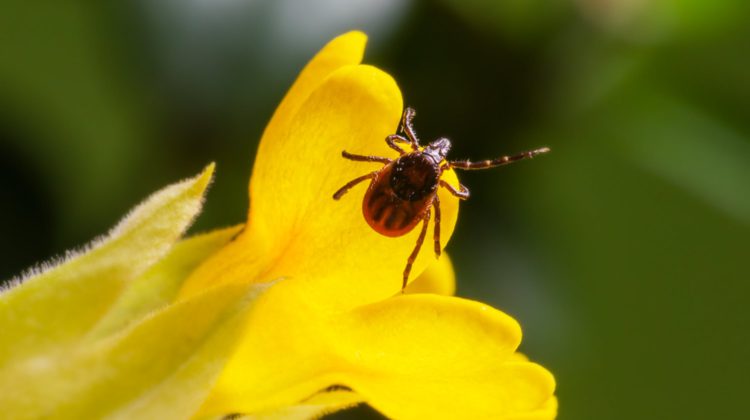 It’s fitting May is Lyme disease awareness month – it’s heating up on Vancouver Island, and with the warmer weather comes more pesky parasites. Ticks are no exception.

Lyme is an infectious disease caused by the bacteria Borrelia burgdorferi; It’s transmitted to humans by a bite from an infected tick.

However, they note early diagnosis and treatment are crucial, as Lyme disease can lead to serious complications if left untreated.

According to the foundation, a study by the US Centres for Disease Control and Prevention shows that Lyme disease infection has increased to around 475,000 people per year. They say this makes it the most prevalent vector-borne disease in North America.

CEO Justin Wood unveiled his interactive tick tracking service on the CanLyme podcast, ‘Looking at Lyme.’ Host Sarah Cormode contracted Lyme disease back in 2012 in her backyard in Victoria, and she’s now speaking with the world’s leading Lyme disease experts on the podcast.

“It’s been a real educational journey, interviewing leading international experts who are solving the problem of Lyme disease and treatment,” Cormode says. “The Geneticks statistic center is a tremendous resource for the general public to see where people are encountering infected ticks across Canada.”

Tick-tock: No time like the present to check your pet for ticks

The BC SPCA says the tick warning extends to our four-legged friends too: Senior manager of animal health, Dr. Emilia Gordon, cautions dog owners to keep an eye out when enjoying walks or hikes.

“While not all ticks carry Lyme disease, if you think your dog has picked up a tick, contacting your vet is highly recommended as there are also other tick-borne diseases,” Gordon says. “The tick should be removed as soon as possible to reduce the chance of disease transmission. Ask your vet about safe methods and any necessary follow-up.”

Gordon notes old-school methods – like burning the tick out or attempting to suffocate it with oil – should never be used.

“Watch your pet closely for changes in behaviour or appetite or for any unusual illness such as fever, lameness, lethargy, bruising, or bleeding if you suspect he’s been bitten by a tick,” she adds.

And earlier this spring, local David Haynes took to the Comox Valley Rant & Raves Facebook page to “raise some awareness.”

“We found a big tick on my dog today which either came from Seal Bay Area or in the trails near Kendal Avenue in Cumberland,” he wrote. “More of a PSA that they are out there… so check your dog’s ears, paws, and ‘armpits.’”