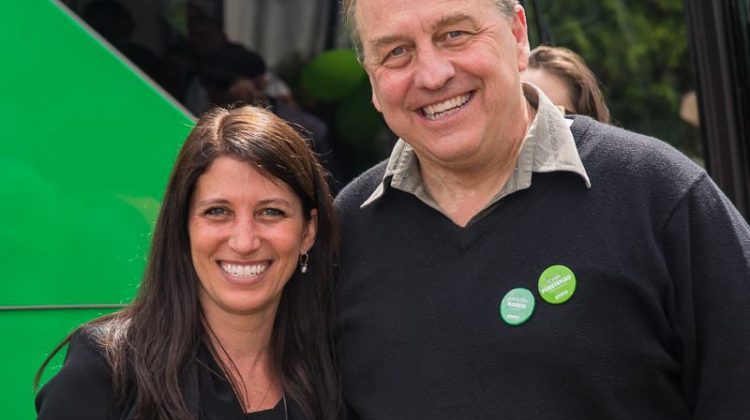 Kim Darwin with former BC Green Party Leader Andrew Weaver. Supplied by Kim Darwin for Leader of the BC Greens Facebook page.

The BC Green Party leadership race now has two candidates, as a Sunshine Coast resident has thrown her hat in the ring.

Kim Darwin has entered the race and she will draw on her experience in the last provincial election when she ran in the Powell River-Sunshine Coast riding.

She has worked as an Independent Mortgage Consultant for 16 years and served as the President of the Sechelt Chamber of Commerce from 2013 to 2017.

She is up against Cowichan Valley Green Party MLA and House Leader Sonia Furstenau.

Candidates have until April 15 to declare their intentions to run.