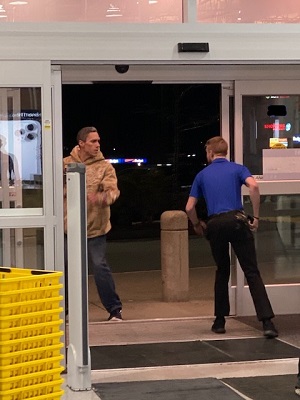 The RCMP in Nanaimo is looking for public assistance to identify a man who attacked an employee of the store in the north end and threatened to stab him.

At around 6-pm on January 11th, a store employee confronted a man who was attempting to carry two speakers out of the store.

As they spoke, the man punched the store employee several times and threatened to stab him.

The 26-year-old was shaken by the ordeal but was not injured during the confrontation.

The suspect is white, in his late 30’s, greying brown hair and was wearing a large khaki sweater and blue jeans.

The business involved has asked that its name not be used.

Money for vulnerable; millions of masks on the way to Canada

Provincial Health Officer Urges People to be Unwavering Against COVID-19