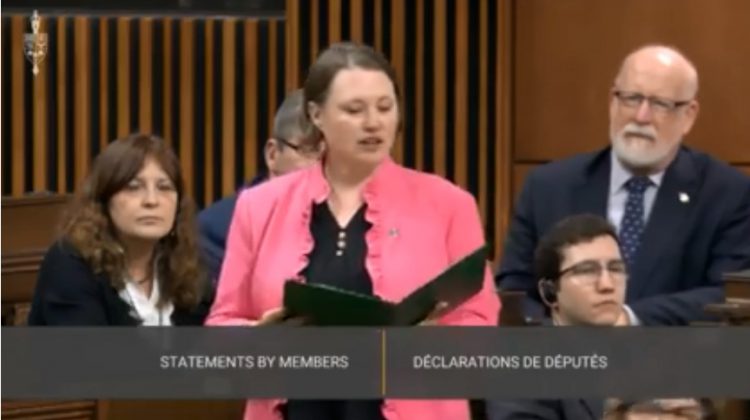 People want practical solutions when it comes to the environment.

She said the conversations were robust in the recent town hall meetings.

She said the main thing she heard was that constituents want to have the support they need to make an impact locally.

“There was also a lot of discussion about the subsidies the federal government is giving to the oil and gas sector and that we want to see those stop and see those invested locally,” said Blaney. “I can think of local businesses that are trying to make a difference in terms of the environment, but there’s very little support from the federal government to support those businesses moving forward.”

Blaney said people want to see strong targets from the government, as well as more action when it comes to climate change.

“We need to assure that there are strong targets so that when we look at the targets, that we ensure that not just everyday Canadians, but also some of those big corporations are actually having to fulfill their commitments,” said Blaney. “What we’ve seen with the current government is that they’re not necessarily doing that, they’re giving bigger polluters sometimes leave to continue to pollute while they’re asking everyday Canadians to be taken to task for that.”

Blaney added that the Green New Deal is only a framework for now, but she said they’ll have another opportunity to flesh it out and implement it.