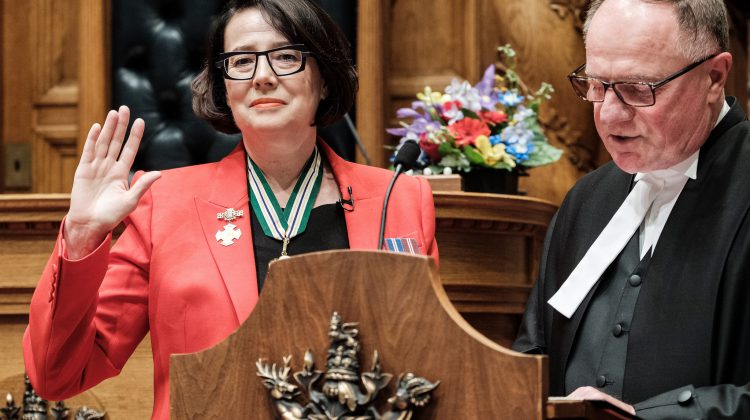 Janet Austin was sworn in just over a year ago. (Photo supplied)

The Lieutenant Governor of B.C. is on the Sunshine Coast.

Janet Austin will spend some time today (Fri) at Gibsons Town Hall where she will attend a reception hosted by Mayor Bill Beamish and included members of the local government and chamber of commerce representatives from Gibsons Landing Harbour Authority.

Saturday she will be at the Gibsons Public Market and the Nicholas Sonntag Marine Education Centre.