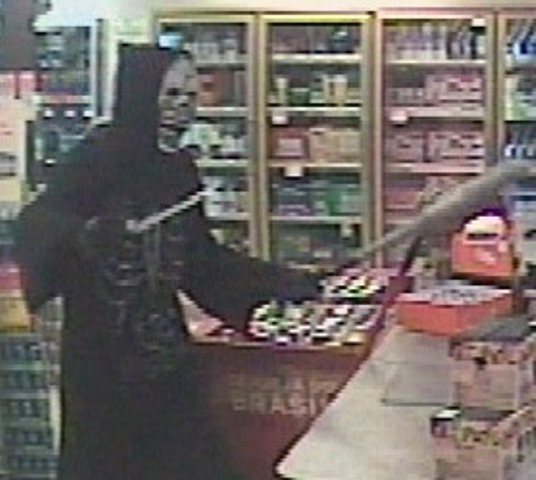 Nanaimo RCMP is investigating the violent robbery of a local beer and wine store.

Mounties say the incident happened last Saturday night around 10:40 pm at the Harewood Arms Beer and Wine store in the 500 block of 8th Street.

Employees of the business called 911 to report they had just been robbed by a suspect, believed to be a man, wearing a “Scream” mask.

They told police the man entered the business and began banging the bat on the counter and demanding the clerks hand over money from the till before he ran off with an undisclosed amount of cash.

The clerks were not injured but were traumatized by the ordeal.

The canine unit was unable to trakc the suspect but the bat and knife believed to have been used in the robbery were later located near the business.

The suspect is believed to be a man and is described as follows: 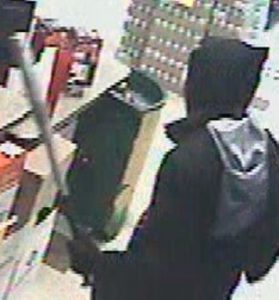