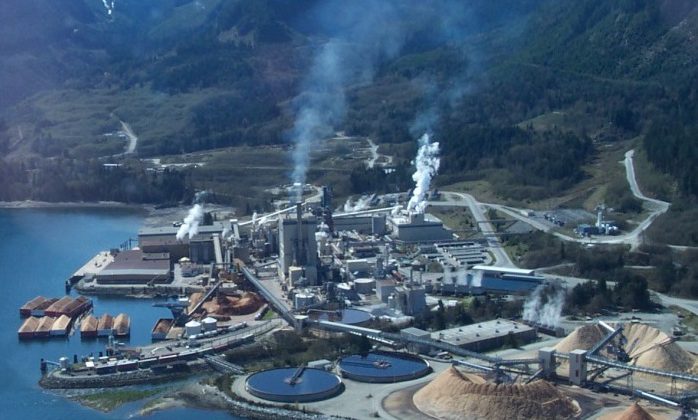 Howe Sound Pulp and Paper is getting out of the paper business, throwing between 130 and 180 people out of work.

The company says it made the decsion after looking at shutting down because of the dwindling water supplies caused by this year’s extreme drought.

Paper Excellence says with newsprint prices declining, and shrinking demand likely to continue they did an “extensive review” to see if it was worth converting to other products.  In the end they decided  it wasn’t worth it.

The Kraft pulp side of the mill will stay open.  It employs around 335 people

Vice President David Kerr says it was a difficult decision, but “… the Kraft pulp mill and power generating side of the business at the Howe Sound Mill will now become stronger and more sustainable.”

HSPP has an electricity supply contract with BC Hydro, and received millions in government funding to get into electricity generation.

“The announcement was a shock to us all,” says Unifor Local 1119 President Don Rheaume. “We’re very disappointed and will work hard to help our members who are displaced by the closure.”

Rheaume says the union will be working with Paper Excellence to establish a Labour Adjustments Committee to help the workers through severance packages, early retirement packages, and re-training opportunities for those affected.

“The management has indicated that there are many options on the table, and we’re going to explore all of them,” says Rheaume.

A statement from the Town of Gibsosn says, “We are extremely disappointed to hear of the permanent closure of the Paper and TMP Operations at the Howe Sound Pulp and Paper Mill… Our primary concern is with the workers and their families who may be affected.

Mayor Rowe has been in contact with the Ministry of Jobs, Tourism and Skills Training and will be participating in a Worker Transition Committee along with representatives from the provincial and federal governments with a view to supporting and assisting those affected through this transition.”