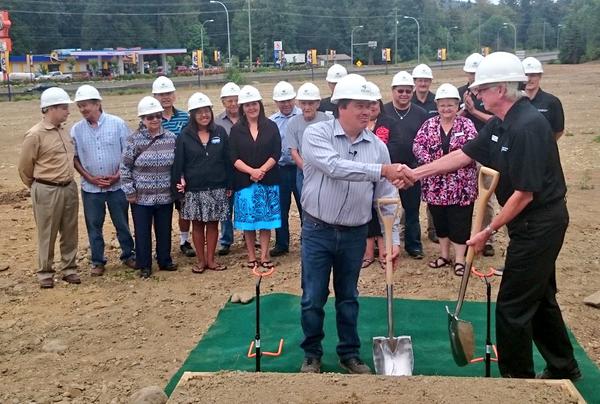 They held a ceremony today, after signing the first commercial lease for the project with the Ladysmith & District Credit Union.

Chief John Elliott says is an exciting time for the Stz’uminus people.

Brian Childs is the President of the Ladysmith & District Credit Union Board.

The 26-hectare development north of Ladysmith will feature four key components, including commercial, residential and assisted living areas, and a hotel.

The Oyster Bay project, just off the Trans Canada Hwy, is the first development effort by the Stz’uminus since the band signed onto a First Nations Land Management Framework with the federal government.