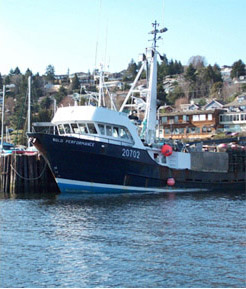 Council heard this week from the GLHA’s Terry Rhodes.

He says Howe Sound has been a hot zone during the spot prawn season, and that’s brought a lot of commercial traffic into the harbour, contributing to a 15 per cent increase in revenue.

Rhodes says traffic is up in other categories too, including day visits and overnight visits.