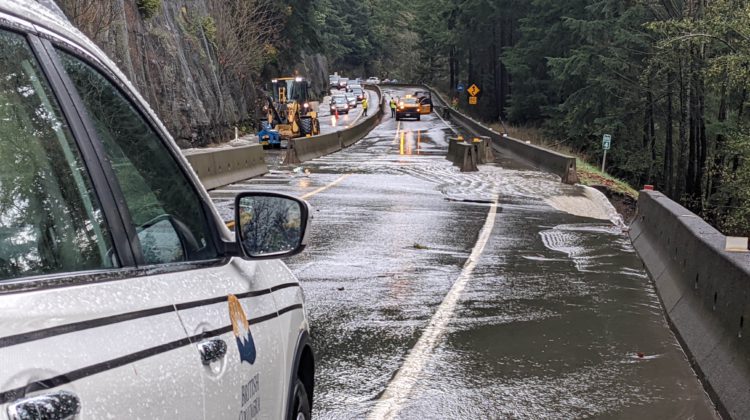 For the first time in several weeks, oversized loads will be allowed into and up-Island from Victoria on the Trans Canada Highway at all times. The Malahat Drive has now reopened around the clock for oversized vehicles.

Flood waters destabilized the road embankment in the middle of last month, temporarily closing the roadways overnight. Regular vehicles, semi-trucks, and fuel trucks were already allowed through the area as of November 19th, now oversized vehicles join them.

The Ministry of Transportation says that crews worked overnight on Thursday to pave, adjust barriers, and add center line delineators to the construction area.

They widened lanes which will allow vehicles and loads of up to 12.5 feet wide to pass through the area. The roadway is still being repaired and a timeline in months was set last month as to when the site will be fully restored.

The ministry says that this will support the safe and efficient movement of goods between south and north Island.

Drivers should still expect a slight slowdown through the area, with construction zone speeds still in place.