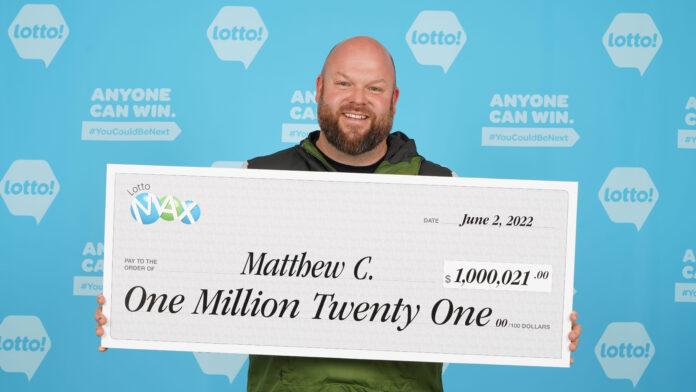 A Sechelt resident will be relaxing with his family after getting a million dollar lottery win.

Matthew Cookney played the lottery with the dream of taking his family on a vacation if he ever won big, and he plans on doing just that after scooping up a whopping $1-million Maxmillions prize from the May 27th draw.

“I’ve always dreamt of going on a family vacation if I won… it’s unbelievable,” he said.

The Sechelt resident purchased his ticket from the Mason Place Market on Norwest Bay Road and was at home when he discovered he won after checking his ticket on BCLC’s Lotto! app.

“I didn’t believe it when I saw the number. I had to check it a few times. It’s a life-changing amount of money that can take the pressure off of the cost of living as a family,” Cookney explained.

Cookney is most excited to share the news with his parents, who he hasn’t told of his winning yet.

In addition to a family vacation, Cookney plans to pay off his mortgage and invest some of the prize as well.

B.C. lottery players have redeemed more than $52 million this year from Lotto Max.