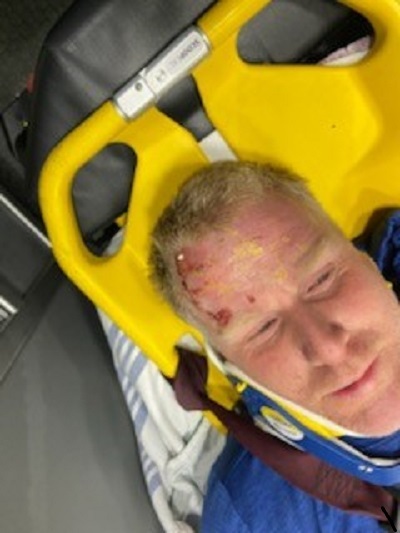 A Nanaimo man was transported to the hospital after being hit by an egg.

On February 22nd, the pedestrian and his friends were near the Edgewater Lane turn off.

The victim and his friends were standing near a bus stop at 10:45am when a vehicle drove past and an object was thrown from a side passenger window. After he fell over unconscious, they realized that the object thrown at them was an egg.

“We believe the person who threw the egg probably didn’t intend to cause injury and may have no idea what actually happened,” Constable Gary O’Brien of the Nanaimo RCMP. “With that in mind, this individual and those in the vehicle, need to step up, take responsibility for their actions and call the police.”

The victim was treated by paramedics at the scene before being transported to the hospital. The victim has limited memory of the incident and continues to have some difficulty with his thought process.