Island hospitals over max capacity as nurses struggle to keep up, BC Nurses Union 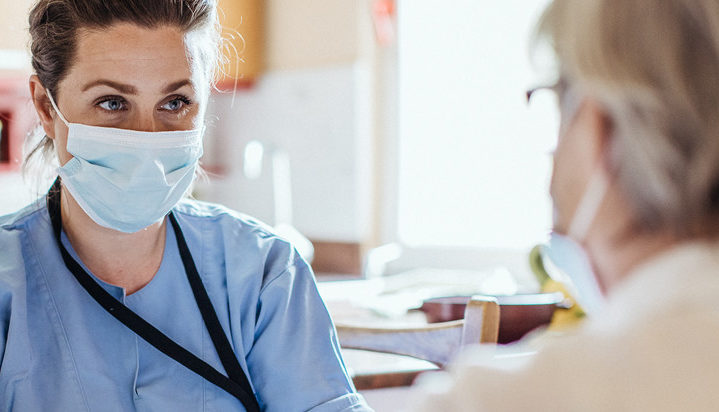 Many Vancouver Island hospitals are over capacity as the pandemic continues and B.C. nurses are struggling to keep up.

The BC Nurses Union (BCNU) says hospitals up and down the island are seeing high numbers. The Campbell River Hospital is running at around 130 per cent capacity, according to BCNU president Danette Thomsen.

Thomsen said the hospital peaked at 140 per cent, but it is a hospital that already ran at a higher capacity year-round, pre-pandemic.

Thomsen said data from Island Health shows a lack of long-term care beds in the hospital.

The Comox Valley Hospital is running at around 120 per cent and the Saanich Peninsula Hospital has been diverting patients to different hospitals to lighten its load, according to Thomsen.

The BCNU says nurses are more burnt out than before. In a report published this spring, they say nurses were already stretched thin before the pandemic.

“To say this fourth wave has crushed me would be an understatement,” said a B.C. nurse. “It’s hard not to come home each night feeling so heavy.”

Thomsen says nurses need mental health supports from the government so they can look after patients. The report shows 35 per cent of nurses were considering leaving the field in the next two years because of the pandemic.

She said they also need to look at different resources if they can’t get nurses. Thomsen referenced finding more sterile processors and support workers to help families.

Finding ways to get more nurses into the field is another aspect of helping the nursing shortage. Thomsen said they will need to get more creative to get young people into the healthcare field.

“It is easy for young people to go and get jobs that pay better than nurses in other sectors,” said Thomsen.

She added, however, that she has heard there have been more applicants for nursing than available seats in schools over the last year.

According to the ministry, the number of registered nurses increased by 6 per cent between 2017 and 2020. They say that is higher than the population growth.

Licensed practical nurses increased by 12 per cent in the province.

She said mentor programs need to be designed to support young nurses, and PPE needs to be accessible so they can feel safe.

Thomsen says finding a way to sustain the system through the pandemic is key to its success.