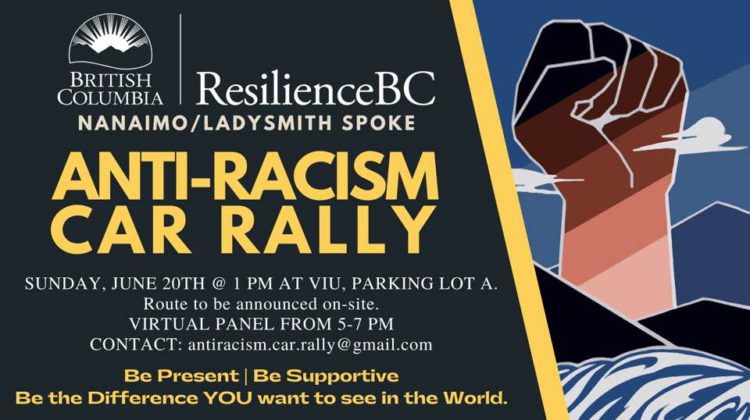 BC’s Parliamentary Secretary for Anti-Racism initiatives says the organizers of a weekend car rally in Nanaimo and Ladysmith were forced to postpone the event due to threats.

It was scheduled to take place on Sunday afternoon, but the organizers received threats of physical violence.

Rachna Singh issued a statement to say that a Resilience BC anti-racism network partner had organized the rally, but after the threats of physical violence were made it was decided to postpone the event.

The statement went on to say the incident demonstrates the ‘importance of opposing racism and discrimination,” which Singh says has been on the rise throughout the pandemic.

“We must come together as a society to speak out against racism and show our support for Nanaimo and Ladysmith, as well as other communities in the province that are experiencing racism.”

Singh says these kinds of threats are unacceptable and will not be tolerated.

The car rally was to start at Vancouver Island University and make its way to Ladysmith, and then be followed by a virtual forum.