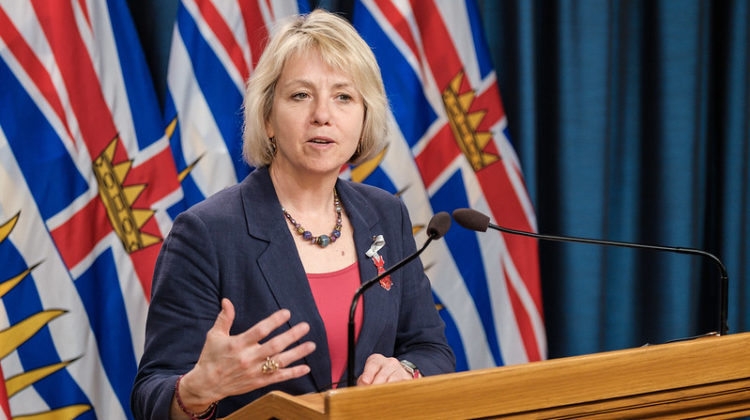 British Columbia has another 366 confirmed cases of COVID-19.

That brings the province’s total case count to 8,208, with just over 3,200 people now being monitored after coming into close contact with someone who tested positive.

Dr. Henry is applauding the work of teachers and staff as they have worked to make life normal for British Columbia’s students.

“I do want to thank all of the teachers and the staff who have done amazing things in the past week. I have heard many stories over this past weekend about the happiness of children being back in the classroom.”

“It’s been challenging I know, but the innovation and the imagination that has been shown have been tremendous. I also want to thank school staff from our bus drivers, admin staff, custodial staff, who have all done an incredible job over the past week to get children back into the all-important learning environments that they need in schools,” she added.

She also says she has been working closely with the province to ensure health and safety protocols will be in place during the newly announced snap provincial election.

Public health orders remain in effect, and now in addition to previously announced ticketing measures on gatherings and events, new measures announced yesterday could have a hefty $2000 fine.

That fine could be applied to businesses that do not keep background music or other background sounds, such as noise from televisions, no louder than normal conversation levels.

It will also apply to restaurants, pubs and other establishments that serve alcohol after 10:00 pm.