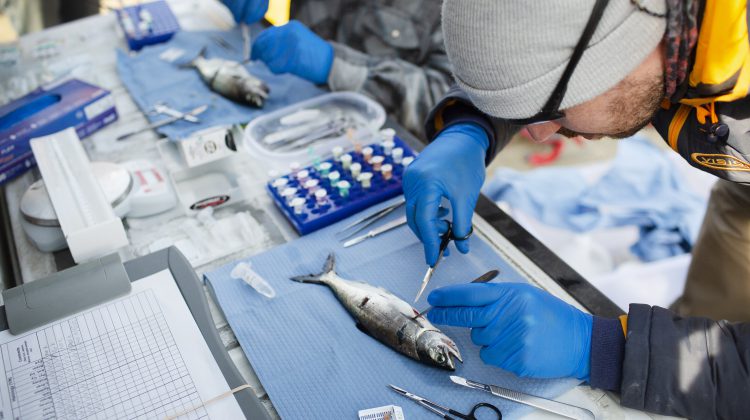 New viruses are being found in wild Pacific salmon on the coast of British Columbia.

Researchers from the University of BC say they discovered three new viruses in Chinook and sockeye populations.

Gideon Mordecai says one virus is from a group of viruses never seen in fish before. Mordecai says they found a virus that is evolutionarily related to respiratory coronaviruses, a virus family that includes SARS and MERS.

However, Mordecai says it’s highly unlikely that such a virus in fish could ever infect people.

The impact of these viruses on salmon health isn’t known, but they are related to virus groups that cause disease in other species.