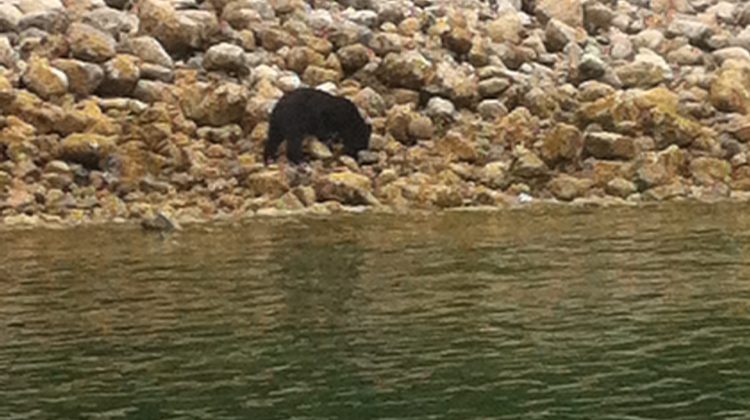 A bear had to be euthanized Friday after it was struck by a car on Highway 101. (Sharon Vanhouwe, mycoastnow.com staff)

The Conservation Officer Service is reminding drivers to slow down and watch for wildlife after a black bear was struck on the Sunshine Coast Highway.

Dean Miller says a sow with three cubs was struck on the highway on Friday.

He says the driver didn’t report the incident to the Service but another woman, who arrived on the scene shortly afterward did.

She stayed with the bear’s cubs until an officer arrived.

The sow, whom Miller says would have been in a great deal of pain, was euthanized and two cubs were caught but the third one bolted up a tree.

He said officers laid traps hoping to capture the cub, but that it has not been seen since and officers fear it may have been struck be a vehicle or eaten by a predator.

The other two cubs are now being cared for at a wildlife rehabilitation centre in Langley.