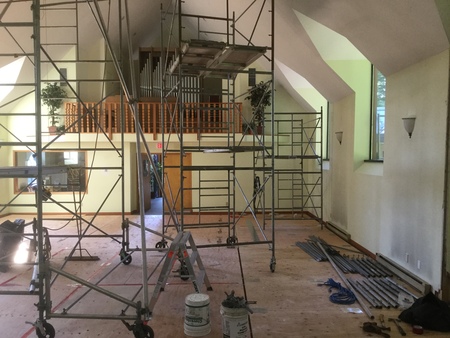 The St. Hilda’s Anglican Church in Sechelt is still out of commission and many of the activities normally held in the Church are now taking place in the Parish Hall.
That’s because some work was being done in the Church a couple of months ago when the contractor discovered the walls were pushing out and were no longer plumb.
Reverend Clarence Li says he’s hoping, following a meeting in the next week, they’ll have some answers from the engineer and contractor on where to go from here and some sort of idea on what fixing the problem will cost…..
Li says the community choir, the congregation and those people who had concerts in the church because of its accoustics are most affected.
He says many of the other activities are taking place in the Parish Hall.
Facebook
Twitter
ReddIt
WhatsApp
Email
- Advertisment -
- Advertisment -
- Advertisement -