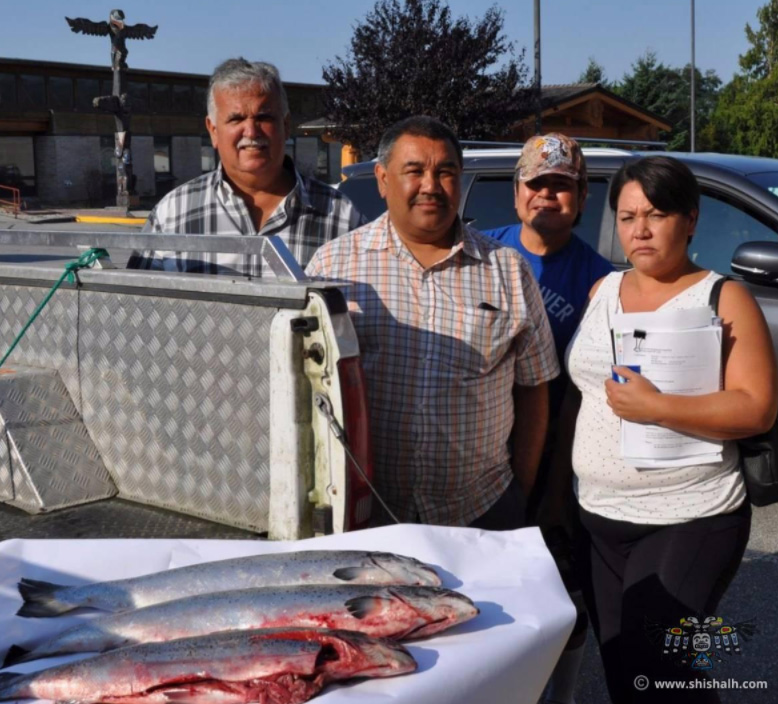 The Sechelt First Nation says its fishermen have caught three Atlantic salmon in a channel near their community.
The Atlantic salmon are believed to have escaped from a collapsed fish farm in Washington state.

The fish were caught Monday and and the catch is prompting alarm bells for the Sechelt band.

Chief Warren Paull says the band is concerned about the potential impact of the introduction of the invasive species on the local fish population and the marine ecosystem.

The First Nation says they have contacted Fisheries and Oceans Canada and they are concerned about the federal agency’s lack of urgency to determine the extent of the spread of the escaped fish in Canadian waters.