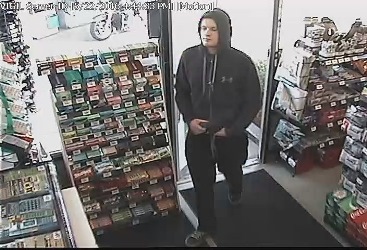 Nanaimo RCMP are looking for a suspect following a robbery.
It happened around 5:30 on Sunday afternoon at the Chevron gas bar at the intersection of Norwell Drive and Highway 19a.

The police dog was called in but unable to locate the suspect who is described as a white man, in his mid-twenties, 5 foot 7 inches tall.
He was wearing a black hoodie with an Underarmour logo on the front, grey pants and black shoes.
During the robbery no weapon was produced.
The clerk was not injured but was left shaken by the ordeal.
Facebook
Twitter
ReddIt
WhatsApp
Email
- Advertisment -
- Advertisment -
- Advertisement -