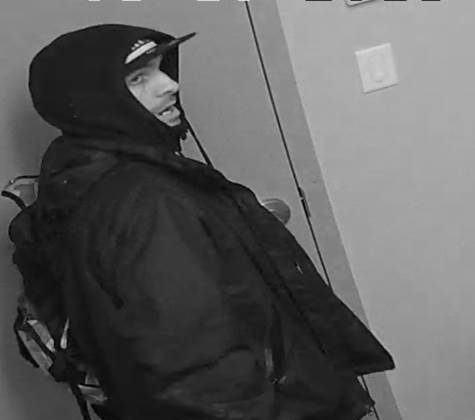 Nanaimo RCMP is asking for the public’s help in identifying a man who allegedly broke into the main office of the Summerhill Apartments.
The break in took place last Wednesday or Thursday and video surveillance captured the suspect while he was inside the apartment building.

The suspect forced his way into the office of the building and made off with a computer, keys that access various rooms within the apartment building, and a Dyson vacuum.

The suspect is a white man, in his mid 20’s and was wearing a dark jacket, hoodie and a dark baseball cap with a white stripe.
He was carrying a backpack.

BC Budget Pleases Some and Distresses Others