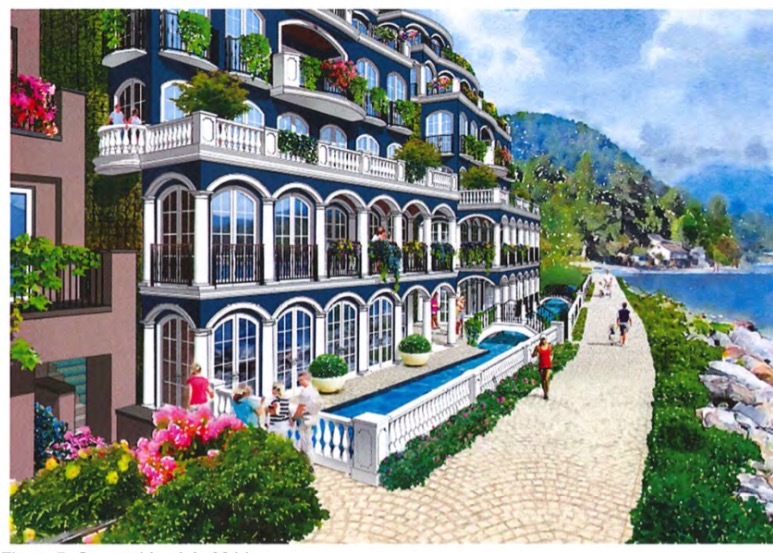 A couple of controversial development proposals were back in front of Gibsons Council yesterday.

And the debates had similar themes.

The Seaglass condos (seen above) and the George Hotel have been on the books for a long time, and they’ve both sparked controversy over size and design.

Councillors gave approval in principal to the form and character of Seaglass, and drafting a zoning bylaw. On the George they passed first reading on an OCP amendment.

Mayor Wayne Rowe says its time to get both projects to the public hearing stage.

Seaglass still has a long road ahead. The public hearing for the George could come in the fall.