“Is this what we want for Howe Sound?” event draws LNG opponents 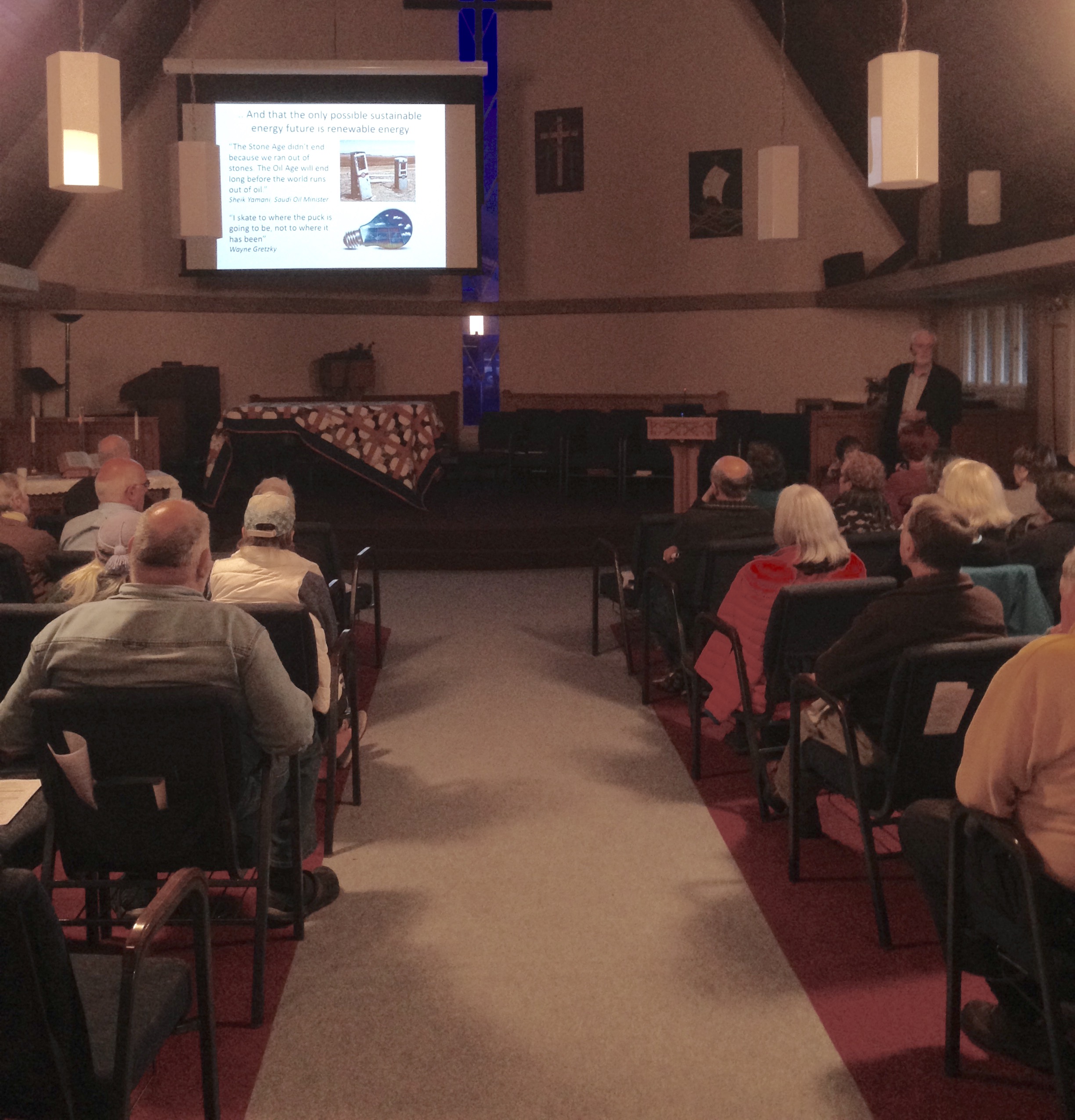 Opponents of the Woodfibre LNG plant in Howe Sound say dismay over the project is growing on the Sunshine Coast.

Up until now the most vocal opposition has been in the Squamish area.

But more than 70 people turned out in Gibsons this week to hear a presentation by Eoin Finn.

Finn has become one of the high profile activists against the project.

Finn is a resident of Howe Sound with a background in science and business, who’s been working with the group My Sea to Sky.

He says LNG tankers would be too dangerous in the Sound, and the economic benefits of the plant would be minimal.

Finn says the government isn’t hearing those concerns under the current approval process.

Woodfibre LNG already has National Energy Board approval to export, but it still needs an environmental assessment. And Senger says she feels public outcry could still derail the project.