From shuck to serve, the Oyster Challenge a successful inaugural event for the Centre for Seafood Innovation
BY DAVE FLAWSE 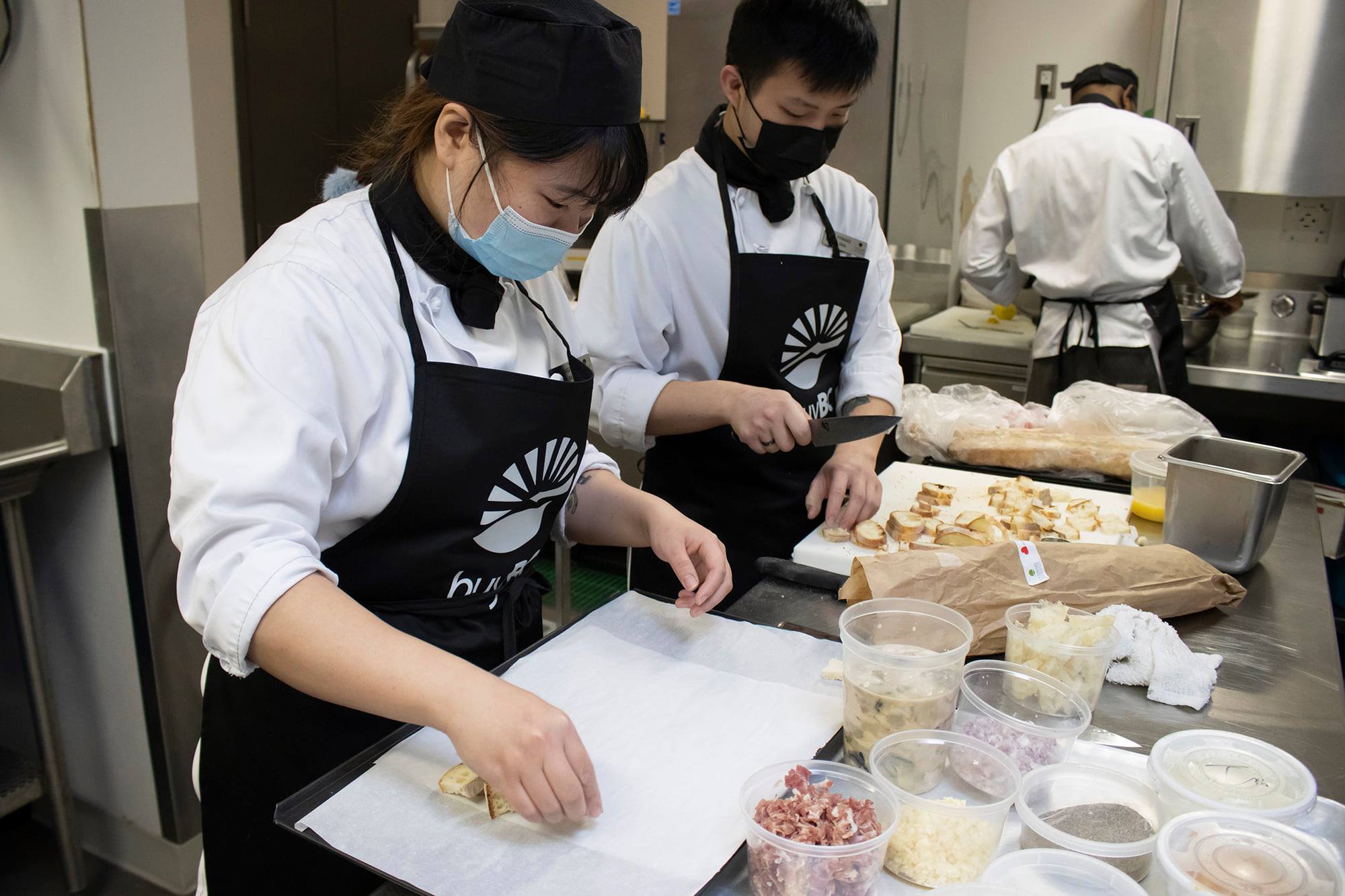 On a drizzly autumn morning near Deep Bay, B.C., seagulls circle and caw. Ten culinary art students peer over the side of an aluminum skiff. An oyster farmer ties the skiff to a raft and slips a hook onto a waiting rope thimble. The skiff’s crane whines. A stack of eight plastic trays emerges from the nutrient-rich water and thuds onto the deck. Eels wriggle from the cracks, and the seagulls swoop in.

The farmer peels open a tray lid and passes around a barnacle-laden oyster to the students. They are from Vancouver Island University’s (VIU) Culinary Arts Program and will use the molluscs for the Oyster Challenge, an oyster industry learning opportunity, and a chance for their oyster recipe to become a menu item in the university’s cafeteria. 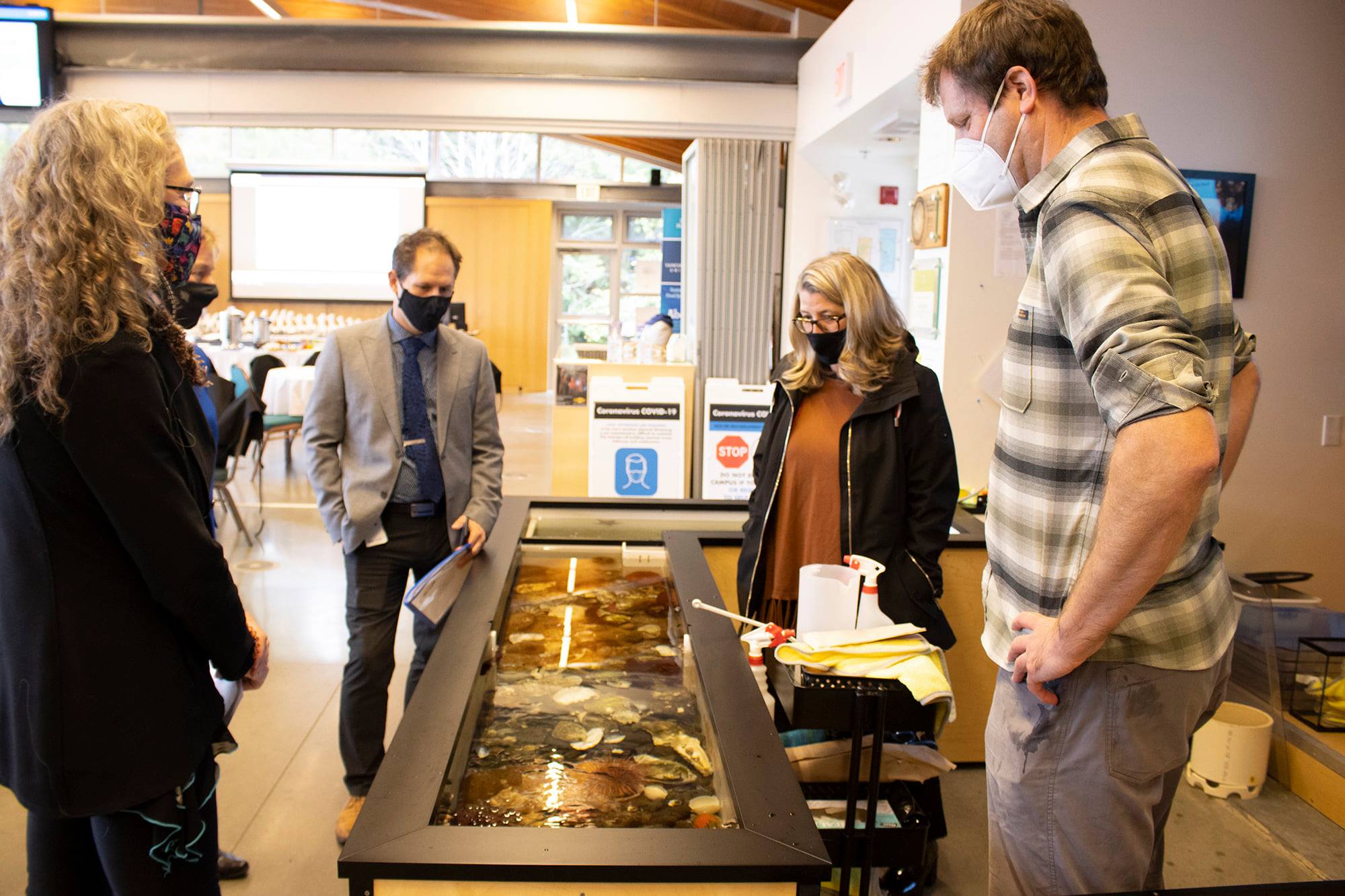 After harvesting 1000 oysters, the students ferry across the Salish Sea. In an industrial complex in Delta stands a grey, fortress-like building, and inside sits a steel tube with a conveyer belt spilling out of either end. The students place the oysters into trays, and a robotic arm pushes them inside the high-pressure processing (HPP) unit. The two 2-foot-thick steel plugs on either end hinge closed, and the hydraulic pumps whir. The HPP unit uses immense water pressure (over 87,000 PSI) to pasteurize food and shuck shellfish, removing much of the labour of shucking.

(On a typical oyster farm in BC, a worker dons a chainmail glove on his left hand and over that, a thick rubber one. Oysters slide through a shoot above the shucking table where the worker stands for their eight-hour shift and pries the oysters open with a shucking knife. But at the industrial complex in Delta, the students can shuck the HPP oysters much faster and without the need for a chainmail glove or shucking knife—they simply slip butter knives into the openings and flip the loosened oysters open.)

One month later, at the Deep Bay Marine Field Station, between the hanging skeleton of a grey whale and a fish tank where a spiky red sea urchin munches on a crab leg, fifty guests find their seats while four industry judges take theirs at a long, rectangle table near the kitchen door.

As part of VIU, the station conducts applied research for BC’s shellfish industry and provides learning opportunities for the public. The guests are here to celebrate the grand opening of the station’s most recent addition—the Centre for Seafood Innovation (CSI). CSI is a BC Food Hub and shared use space where “foodpreneurs” produce and develop product.

In conjunction with the grand opening, the Oyster Challenge hopes to encourage the consumption of pacific oysters by teaching up-and-coming chefs about the product.

On the other side of the kitchen door’s porthole window, knives clatter against cutting boards as the ten student chefs put the finishing touches on their dishes. WenXing Zhan plates spicy garlic oyster; Ashish Thankachan drizzles his Indian gravy over panko-fried oysters; and Ty Tich Tran flattens the roasted red pepper for his Vietnamese-inspired smoked oyster roll. 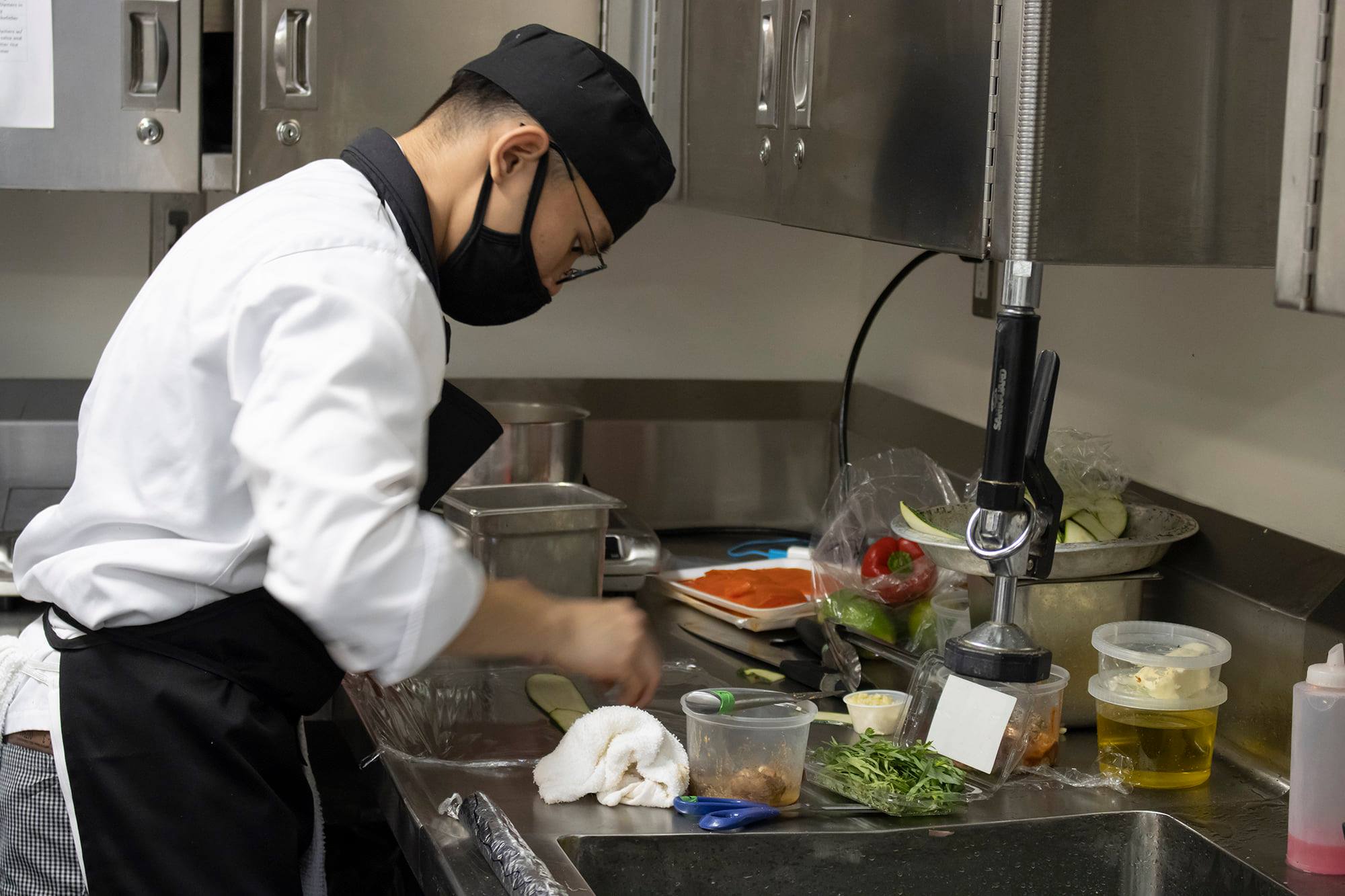 Then they put down their ladles, turn off their skillets, and apprehensively await the judge scoring. 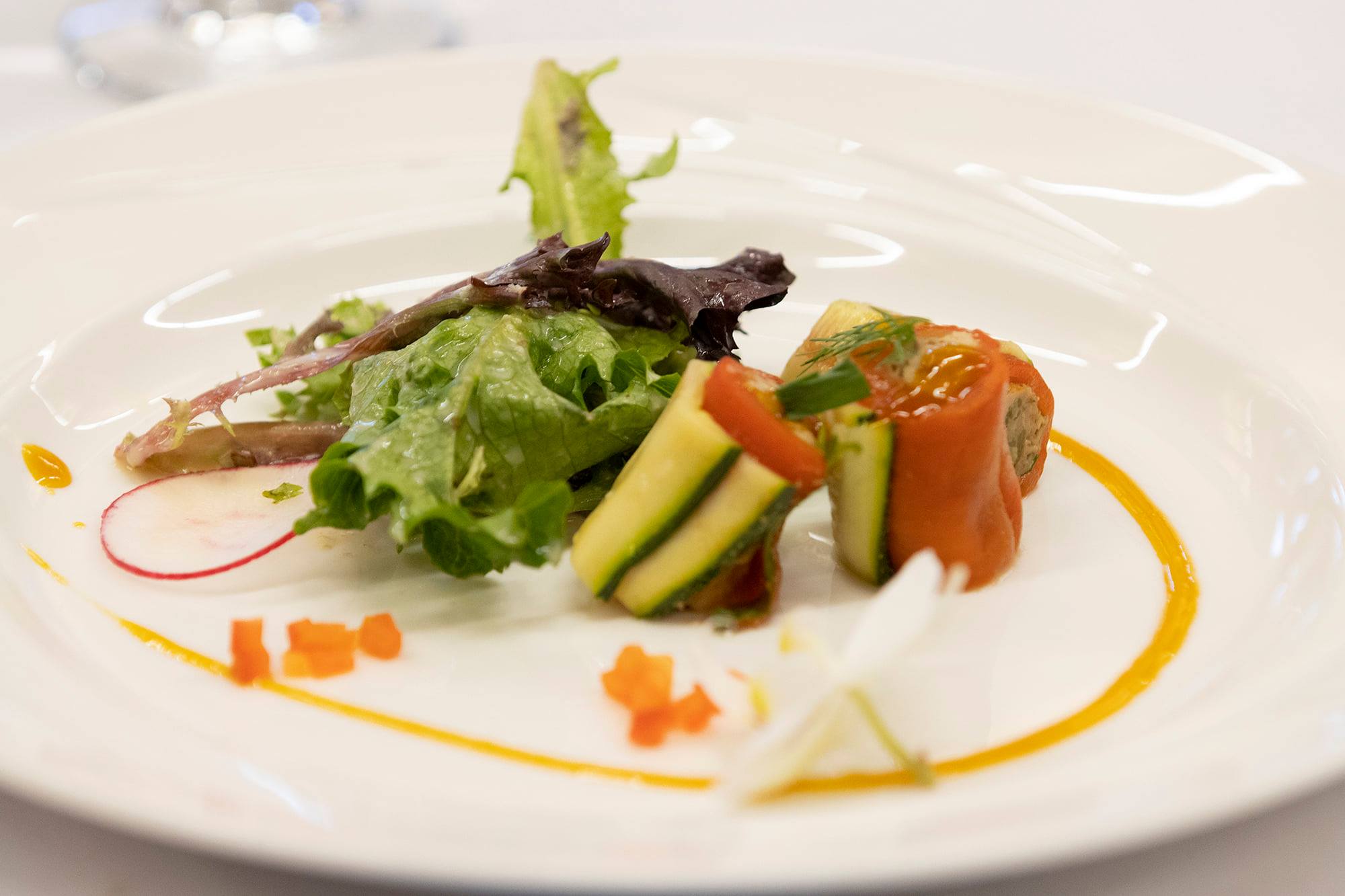 After the tally, CSI manager, Debra Hellbach, announces the winner of both the People’s Choice Award and Judged Competition. Ty Tich Tran’s face erupts into a smile as the crowd claps. The second-year student accepts both awards for his smoked oyster roll and says with the modesty of a seasoned artist that he was just happy he didn’t burn anything.

The inspiration for his dish came from his homeland. “Spring rolls are one of the most popular dishes in Vietnam,” he explains in an interview. “While eating one I thought, how can I make an oyster wrap tightly and nicely? I decided to roll with roasted red pepper.” He added paprika for zing and zucchini for crunch, going light on ingredients.

The Honorable Lana Popham says Tran’s dish was her favourite. She wishes could be a judge on a cooking show, “but luckily we get to do a lot of this. Anytime I can be involved in an event with BC food, I’m there.”

Before coming to Deep Bay, Popham toured the province cutting the ribbons for other Food Hubs. Twelve food hubs dot the province. Each one has a unique flavour and is tailored for use in its area. In Port Alberni the focus is on seafood processing. Popham stresses the importance of spaces like these for foodpreneurs and especially students to create products made by BC farmers and seafood harvesters. “Today was just a such a great example of that,” she says. “I’m really proud of the students that took part. I’m really proud of this Food Hub.”

This article was originally featured on Edible Vancouver Island on November 18th, 2021.

The Road to Relaxation: Nanaimo to Tofino