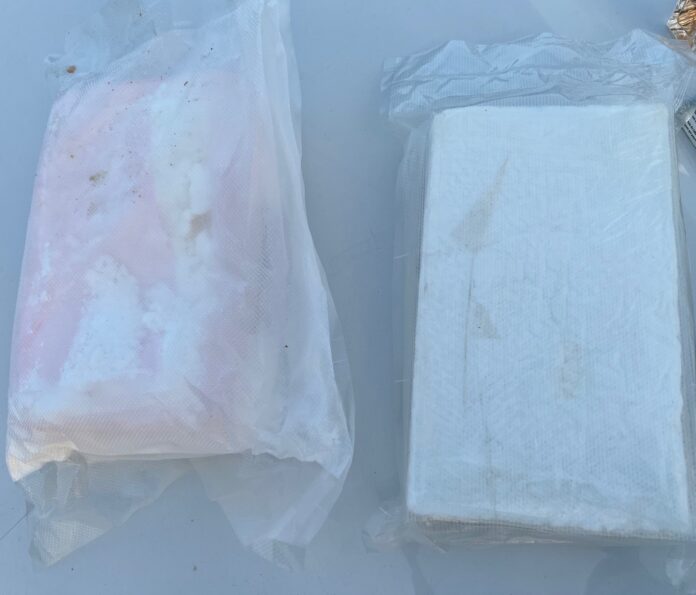 2kg of cocaine is off Nanaimo’s tarmac after the general public assisted RCMP find a car accident victim who fled on foot.

At 7:45 PM on April 16th, a black Jaguar convertible rolled over at the intersection of Estevan Road and Departure Bay Road. The person inside crawled out of the wreckage and fled on foot, while witnesses took notes on the car and the individual.

Officers arrived and located the driver in the parking lot of Brooks Landing Mall, and though they originally planned to charge him for intoxicated driving, RCMP say he was ‘literally holding… two bricks of suspected cocaine.’

“The officers who located the suspect were gobsmacked to find the suspect with such a large quantity of illegal drugs,” said Constable Gary O’Brien of the Nanaimo RCMP. “The officers would also like to extend their sincere appreciation to the bystanders who assisted officers by staying at the scene and provided real time updates which allowed investigators to locate the suspect quickly and efficiently, before he had the opportunity to hide or destroy the drugs, said O’Brien.”

43-year-old Nicholas Harris of Nanaimo was formally charged with one count of Possession for the Purpose of Trafficking on June 10th. He was released from custody with his next court appearance slated for late August 2022.

Coalition advocates to increase number of sprinklers in homes