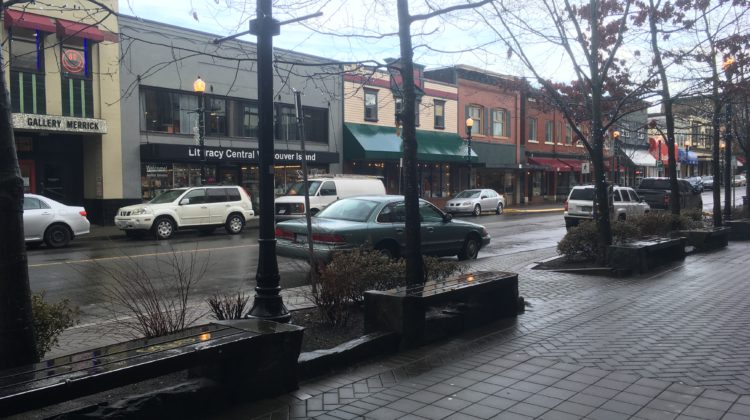 As plans for Nanaimo’s Commercial Street’s revitalization slowly come into focus, the project is asking for input from residents and shop-owners on the street.

“We’re trying to assess the values that people associate with the area, so we’re going to take that information and develop it into design options,” said James Knight, Capital Project Management Specialist. “At this point nothing has been firmly decided, so really it’s a great time for anyone who’s invested and interested to get involved in the process.”

The revitalization project first started going in July, when $150,000 was spent to bring staff on board to decide what could be done to bring more liveliness to the area, including Wharf Street and Bastion Street.

In September, the project brought on the help of Tool Design, and has been in talks with stakeholders about the project since.

“Once we got the project under way we started gathering information and sending relevant documents and existing manuals to our partners at Tool Design,” said Knight. “Then on November 22nd we hosted what we’re called ‘Discovery Week;’ where Tool Design met with some key stakeholders. We had some meetings, some walking tours of the area, we had a public open house, public presentation, and a workshop with city council. We’re still in the process of of discovering what the values are that people want and see in the area— what they like about the area and what changes people would like to see made.”

No solid plans have been made for the area yet regarding its aesthetic changes, but Knight states that its main objective is to ‘create a public realm space for retailers, community events, and public art.’

The plan is plotted to have its final report done by July of 2022. There currently is no timeline for when proposed construction will happen.

Until then, residents are asked to provide their feedback and ideas via an online survey. They can also email [email protected] for more information.