Nanaimo events for “16 Days of Activism Against Gender-Based Violence” 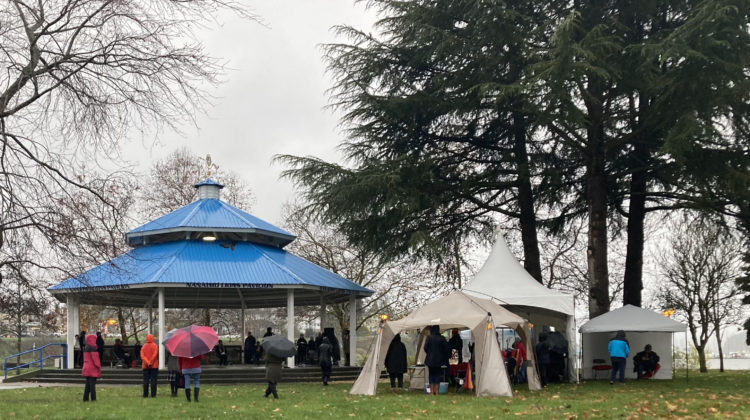 Organizers have kicked off the 16 Days of Activism Against Gender-Based Violence Campaign.

In Nanaimo, an event was held at Swy-a-lana Lagoon, in Maffeo Sutton Park.

It honoured and remember murdered and missing Indigenous women and girls, while also recognizing all lives impacted by gender-based violence.

For the next two weeks, orange lights will shine in VIU’s Nanaimo campus quad, to encourage people to unite against gender-based violence.

And the Bastion in Nanaimo’s downtown will glow orange as well.

On December 6th, the National Day of Remembrance and Action on Violence Against Women, a vigil is being held at VIU’s Theatre,  to honour and remember the 14 young women who were murdered in the 1989 massacre at École Polytechnique.