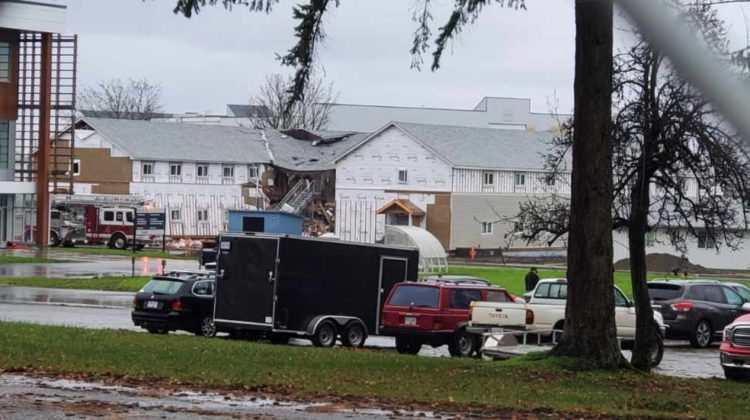 A total of 22 people were injured after an explosion at 19 Wing CFB Comox this week.

Elliott said one Forces member is still in hospital in Vancouver getting surgery for lacerations to their leg. Their injuries are non-life-threatening.

The explosion caused an accommodation building under renovation that houses 59 people to partially collapse, according to Elliott. He said they are in a fortunate situation as many were not there.

“I would say that we are in a very fortunate position that 59 people that could have been injured were not,” said Elliott at a 19 Wing press briefing Friday.

The cause of the explosion, while still believed to be a gas leak, is still under investigation, according to Elliott. Elliott said investigations will begin with Worksafe BC and military police to determine the cause.

Elliott added Urban SAR from Esquimalt did an overnight search using infrared. All people injured in the blast have been accounted for, according to the base commander.