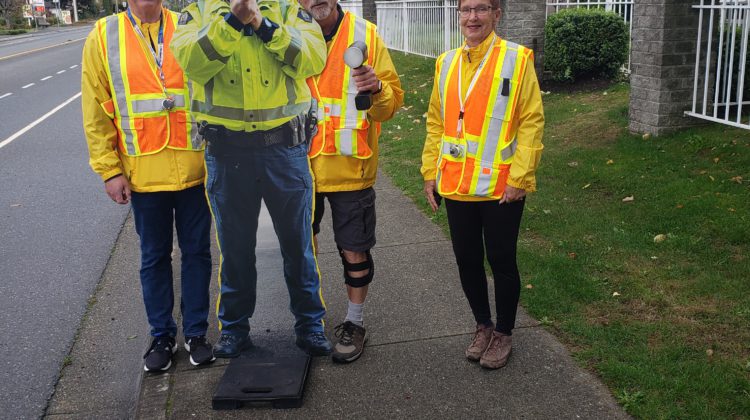 A new officer has been deployed in an effort to remind drivers to slow down.

‘Constable Scarecrow,’ a six foot cut-out of an officer with a handheld radar device, has already seen results.

“When motorists see him, they immediately reduce their speeds which tells us he is an effective deterrent to speeding vehicles,” said Cst Gary O’Brien of the Nanaimo RCMP.

O’Brien continues by stating that further data will be ‘interesting to see’ once it is gathered by volunteers over the next year.

The image is used in conjunction with Community Policing Volunteers carrying out Speed Watch activities at various locations throughout Nanaimo.

“Speed continues to be one of the leading causes of crashes on our streets and highways,” states the RCMP. “Slow down, especially in and around school and playgrounds zones. On behalf of Cst Scarecrow, ICBC and the Nanaimo RCMP, we thank you for doing your part in keeping our streets safe.”