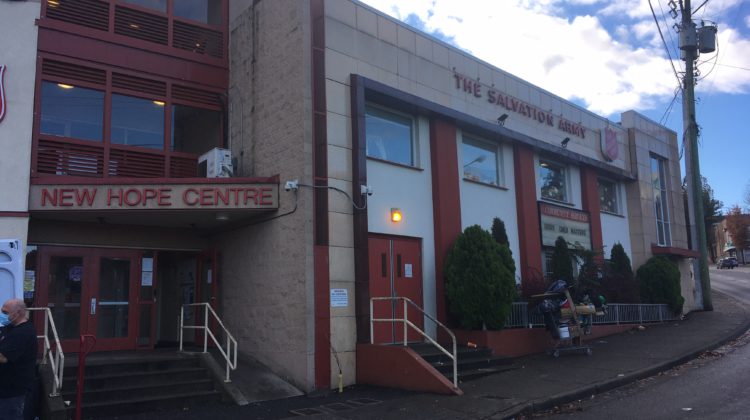 “I am not, honestly, surprised by those numbers. With the increasing cost of living skyrocketing in many cases and the increase with the cost of housing in particular, with people being ‘reno-victed’— to use that phrase— out of existing dwellings… Plus the increasing number of people who simply want to live here, move here, the dislocation in our economy that’s occurred as a result of COVID I’m not surprised to see the numbers of seniors who are in dire need.”

That’s according to Nanaimo’s Mayor, Leonard Krog, as he reacted to a roughly 25% increase in vulnerable seniors using Salvation Army’s resources. Krog estimates that there are 600 people in the city who are homeless, with hundreds, if not thousands more who are at immediate risk of living on the streets.

“The homeless population ranges from the 67 year old senior— often women who are more likely to be poor— who were maybe living in a basement suite in a house that’s been sold or renovated. They can’t possibly find a place that rents as cheap as their previous accommodation so they’re literally on the streets, living in their cars.”

Krog states that there has been a ‘fair core of poverty’ in the city for an elongated period of time, and that the ongoing opioid and housing crisis has not assisted.

In July of 2020, the provincial government announced that new permanent supportive housing developments would be made available on 250 Terminal Ave., 285 Prideaux St., 355 Nicol St. and 702 Nicol St. The buildings are meant to replace the temporary ones on Terminal Avenue and Labieux Road.

“A lot of progress has actually been made,” said Krog, “the new place at 702 Nicol St, Samaritan Place, it’ll have space for 66 people, 52 studio units, and 14 ‘bridge to housing’ beds for women.”

Krog states that the project on 250 Terminal Avenue— Newcastle Place Supportive Housing— has been open for many months, however, due to COVID, there wasn’t a big ceremony regarding it.

“Nichol Street is… I believe they’re screening people in as we speak though, they may even actually have some of the units occupied, I’m not positive. In addition, there is 159 units of housing aimed at seniors at Buttertubs that are very close to being completed, and I expect to see some occupancy there as well.”