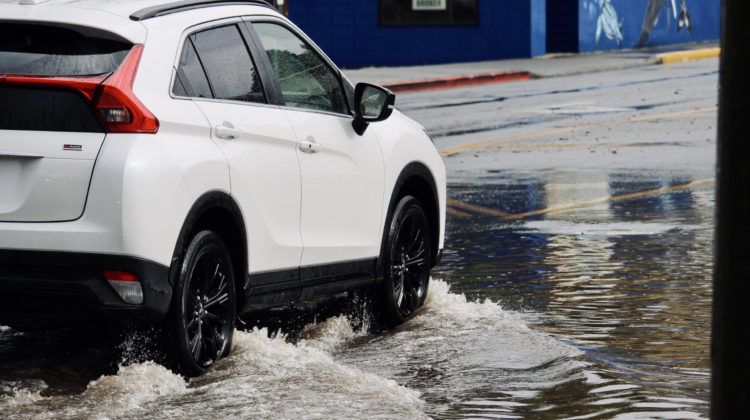 Environment Canada is expecting a storm to hit Vancouver Island and the Sunshine Coast this weekend.

Meteorologist Lisa Erven says they are tracking an “Atmospheric River.”

“It’s essentially a term for what’s like a giant fire hose being pointed at the south coast. It’s a narrow band of intense moisture, and it’s these types of events that result in heavy rainfall.”

There is a rainfall warning in effect for areas on the Sunshine Coast, like Sechelt and Gibsons, which could see up to 150mm of rain fall between Friday morning and Sunday. Winds will gust to around 60kph.

For central Vancouver Island, including Nanaimo, the forecast calls for rain and wind all day Friday, and during the day Saturday before the storm starts to lose power.

The weather office is warning about the potential for localized flooding.

As freezing levels rise to over 2500 metres on Saturday, snow melt will also add to the runoff. Swelling of local streams and localised flooding are likely during this time.

Heavy downpours can cause flash floods and water pooling on roads. If visibility is reduced while driving, turn on your lights and maintain a safe following distance. Watch for possible washouts near rivers, creeks and culverts.