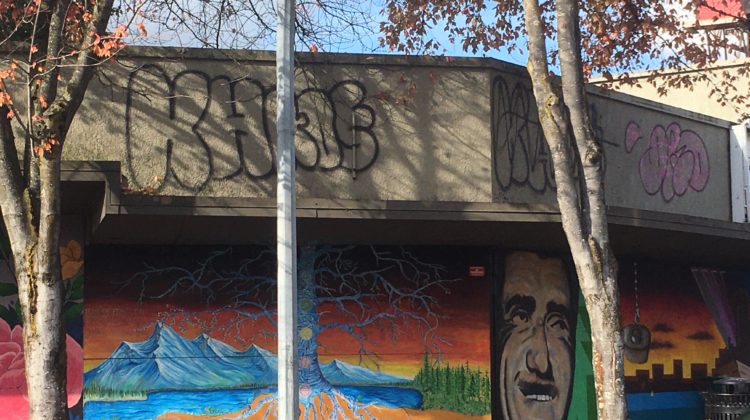 In 2020, residents of Nanaimo passed by dumpsters, underpasses, utility poles and boxes, transit infrastructure and buildings that had been tagged with the word ‘KHAOS.’ The City noted at least 450 tags.

In January of this year, civil action began against the tagger of the marks, which resulted in a consent order to cease the vandalization and to pay for repairs as well as other costs associated with the act.

The settlement reached its conclusion in the Supreme Court of British Columbia last month, ordering the tagger to seek counselling or therapy sessions.

Additionally, he is required to not possess spray cans for a period of two years, pay $10,000 to the city of Nanaimo in fines as well as $5,475 in damages, and provide an apology to citizens as well as the mayor of the city.

“The City of Nanaimo is committed to taking appropriate measures to prevent and remove graffiti on public property,” said Mayor Leonard Krog, “and to holding offenders accountable for the desecration of public and private property.”

The tagger had been arrested in April of 2020 when he was reported applying tags to multiple surfaces near Terminal Park Mall.