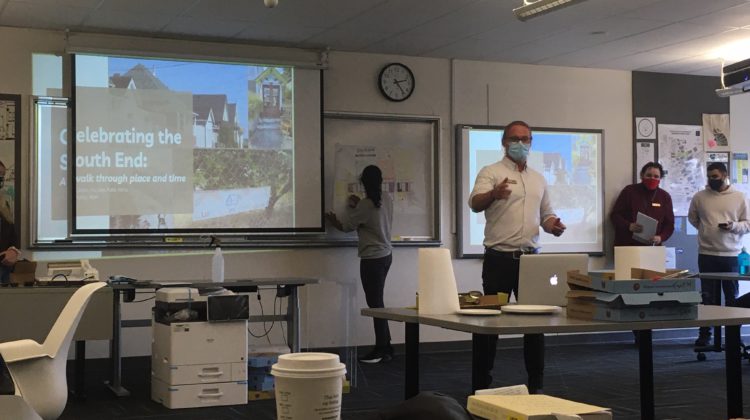 For their first week of school, students in the Vancouver Island University’s Masters of Community Planning class were tasked with taking a portion of the south end and designing upgrades or improvements to it.

“The presentations were fabulous,” said Sydney Robertson, Chairperson of the South End Community Association, “I’m so impressed with how they caught the flavour and the character of our neighbourhood. The ideas they came up with were everything from sky high to right down to very small, do-able things, and definitely some really inspiring thoughts in there.”

Among some of the projects were ‘high’ ideas such as a night-time market on Baker’s Street, a pedestrian overpass for Nichol Street, a Dutch-inspired woonerf (a place designed for pedestrians and cyclists) and ‘small’ ideas like semi-opaque bathrooms for the south end’s park. Robertson said that she found it hard to pick a specific idea that stuck out to her the most, finding that all of them were ‘incredible’. 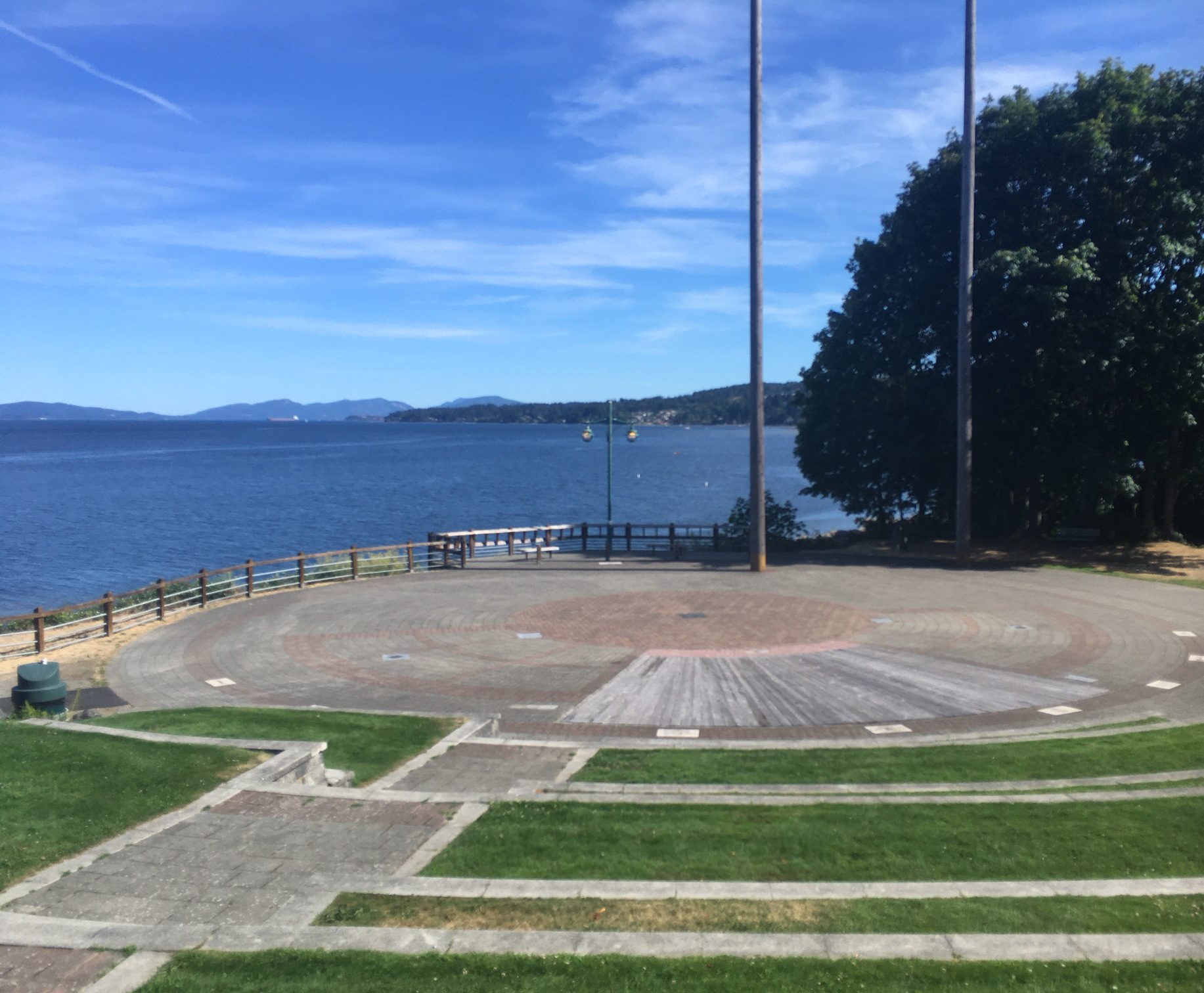 “I do know that the idea terracing the edges of the soccer field at the park could just be really, really interesting,” she said after deliberating, “everything from that to a bulletin board in the park about what’s coming up at the park, it’s a brilliant little idea, very do-able.”

Also proposed was bringing in ‘light industrial uses under residential development,’ which Robertson stated could be an interesting idea to bring to the South End.

Chris Sholberg, a community planner for the city, was the first city official to visit the class. He felt the ideas resonated with him as well.

“Some of their ideas are actually ideas that are currently in the neighborhood plan for the south end area,” said Sholberg, “but this is good because it shows- that was a community vision developed maybe ten years ago. Then we have a group of students, many of them from outside of town, coming in and coming to somewhat of a conclusion about what sort of improvements or things that could strengthen the south end community.”

Sholberg was equally impressed by the idea of terracing the soccer field, but also by the range of the ideas presented by the students.

“Most of the ideas they presented were incremental, small-scale ideas that were very do-able and I think that’s very important. We’re thinking about city repairs, tactical urbanism, those sorts of concepts have been out there for years— those ideas where it can be as small as changing the font style on your street signs so they’re more readable to someone with dyslexia. Those are the kinds of ideas that are very implementable, don’t cost a lot of money to do, and actually can make a big difference in quality of life in the neighborhood.”

In terms of implementation, there is no currently known plan to put them into motion.

“That said, this is going to inspire some really good discussion, and I know I’m already starting to think about ‘what could we implement, what could we use here,’” said Robertson, “and I know a lot of people in the room were thinking the same way.”

“Personally,” commented Sholberg, “I hope we get a copy of the presentations and then we can look things over internally at the city, but more importantly I think is with the neighbourhood association is that they may want to focus on their interest in discussing those with us, we’re certainly going to want to talk further about how those ideas could be implemented.”

The project was not a graded one for the students, and was instead used to get them back into the classroom mindset.