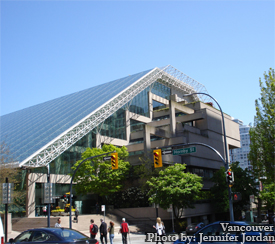 The BC Court of Appeal has upheld a lower court decision regarding the railway right of way that cuts through the Snaw-Naw-As First Nation, near Nanoose.

In 1912, the Government of Canada granted E&N Railway a right-of-way through the reserve. Most rail service to the north island has stopped, and the railway is now owned by Island Corridor Foundation (ICF).

The First Nation was seeking a declaration that the land was no longer being used for railway purposes, and it should therefore revert to Canada for its use and benefit as part of its reserve. The Sna-Naw-As lost its court application, but filed an appeal.

In today’s judgement, 2 of the 3 Appeal Court judges found the Supreme Court ruling was correct, because despite the lack of rail traffic, ICF continues to maintain the rail corridor, and both the railway and the provincial government have considered restoring public rail transportation.

However, Justice Peter Wilcock dissented. He wrote that the right-of-way is not actually required for railway purposes. He also noted service on the line has completely ceased, the railway is incapable of restoring it and there is no plan to do so. He says such an easement, even one that only “minimally impairs the enjoyment of reserve lands,” endures only for so long as its active use is ongoing or likely.

The court has ruled, however, that if the government does not approve funding for infrastructure improvements on that segment of the railway corridor within 18 months, the First Nation can return to court to enforce its right to have the land reverted to reserve land.