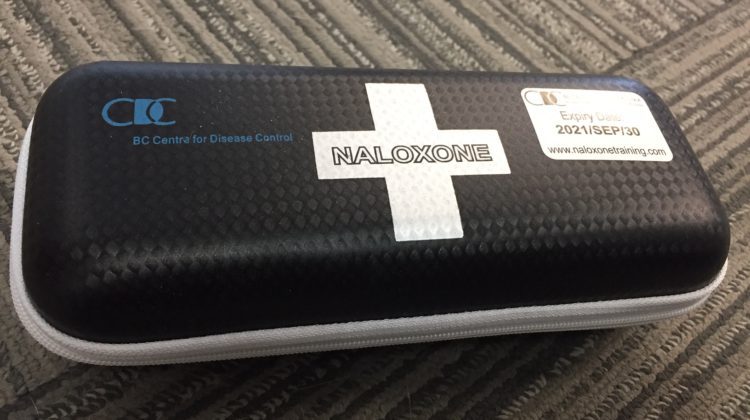 Extraordinary steps are being taken to combat the ongoing overdose crisis in British Columbia.

The BCCDC says more than one million naloxone kits have now been shipped to sites across the province since its ‘Take Home Naloxone’ program launched in 2012.

As of this afternoon (Tuesday), Island Health has seen 218,861 of those kits, the BCCDC tells Vista Radio. The kits contain the lifesaving medication naloxone, used to reverse opioid overdoses.

They say the ‘Take Home Naloxone’ program ramped up after fentanyl entered the drug supply and a public health emergency was declared in 2016. That’s also when a policy change removed the need to have a prescription to get a kit, helping improve access to both training and kits.

Today, there are just over 1,800 distribution sites throughout the province. The BCCDC notes a record 272,000 kits were shipped last year alone, and is now touching on modeling that shows naloxone prevented more than 3,000 deaths between January 2015 and March of this year.

But despite improved access to naloxone and its effectiveness in reversing overdose, B.C. is currently experiencing the highest rate of overdoses to date. In 2020, around five British Columbians died each day from fatal overdose.

“Far too many people continue to lose their lives to toxic, illicit drugs – it is tragic and unacceptable,” adds Mental Health and Addictions Minister, Sheila Malcolmson.

She says naloxone is an important tool that saves thousands of lives. However, she explains it’s only one of many tools that’s needed: “B.C. is working from every angle to create a system of care that supports everyone, including expanding access to safer supply, working toward decriminalization, and increasing treatment options. We know there is much more to do and we are making the necessary changes needed to turn this crisis around.”