Two Nanaimo dancers talk about their plans after going viral 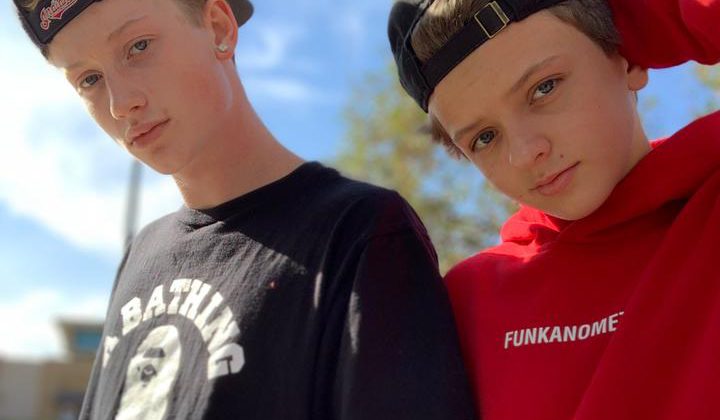 Two teenagers from Nanaimo have been getting some clout on TikTok recently.

The account ‘Funkanometry,’ run by Carlow Rush and Jacksun Fryer, had a sudden burst in popularity this spring when they danced in front of ‘Modern Cafe’ on Nanaimo’s Commercial Street.

Their first video reached 3 million views, with a subsequent video along the Harbourfront Walkway near Front Street racking in 2.6 million.

The two say they do plan to start making some money off their videos dancing in front of certain venues, as it can take anywhere from 45 minutes to 2 hours to record a short video.

“Businesses want it,” said Jacksun, “so yeah let’s do it, and let’s talk about what’s fair for me and Carlow to do it, so I think it’ll be smart to get into that.”

They hope to get paid to promote other businesses through their videos.

The idea to dance at the venues originally just came from the location looking cool.

“We getting some comments that we were doing it a lot in the Funkanometry room, and they were saying ‘do some videos outside’, so it was like, ‘yeah lets do it’. We did that first one with Modern Cafe and it was like, we just like the look of it! Now certain businesses are starting to be like ‘hey, come dance here’, and we’d be like, yo, this looks dope.”

The two dancers say that before the pandemic, they were doing live performances rather than TikTok Videos.

“We’re used to compete, like, locally. [We’ve competed in] Vancouver.”

“Yeah, like the mainland here and on the island.” Said Carlow.

“We used to compete as a duo in actual dance competitions, and then it kind of switched into performances. We did some performances in LA, we did BuildaBeast, which was pretty big.” Jacksun said.

The two hope to start doing live performances once again, when restrictions begin to ease. In the meantime, they’re hoping to keep pushing their brand on social media.

The duo decided to create their group when they were in middle school and began attending the same dance studio. The name ‘Funkanometry’ came from their love for older, more ‘funky’ music, and geometry, such as ‘shapes and lines,’ which they say they parallel when they dance together.