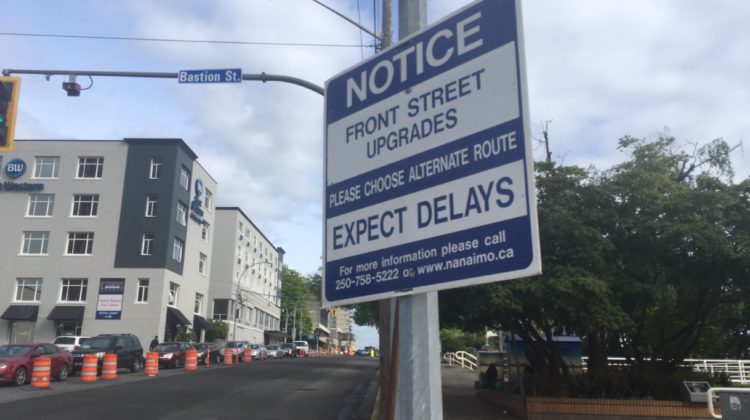 Nanaimo’s Front Street construction has been delayed to almost the end of the summer. And when it is complete, it will still be very slow going.

The project, from Maffeo Sutton Park to the bus corral by Port Place Mall, was supposed to be complete “before the summer,” according to the City. But Kurtis Noble, the project’s spokesperson, says a shortage of materials has delayed the project until mid-August.

The upgraded front street will be bolstering a number of new features, such as more parking spots and a two-way bike lane. This will be coming at the cost of two lanes on either side of the road.

It will also be sporting a 30km/h speed limit to better ensure pedestrian and biker safety.

The right turn lane at the intersection of Church Street will be closed in order to provide new parking spaces and an expansion to Dallas Square Park.

Asphalt paving work will be completed this week, which will be promptly followed by road markings, and street signs. Electrical work for the upgrades are projected to be completed by mid-June.