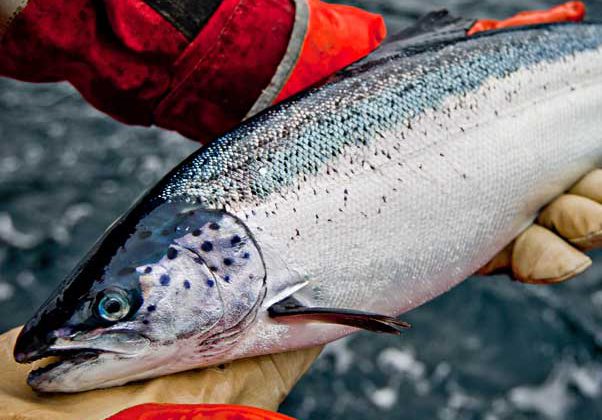 The BC Salmon Farmers Association (BCSFA) wants the federal fisheries ministry to revisit its decision to phase out the Discovery Islands fish farms.

The association says based on the findings of a report released today,  it’s time to “engage a new process.”

On Dec. 17th, 2020, federal fisheries minister Bernadette Jordan announced plans to phase out existing salmon farming operations in the islands by June 30, 2022, and that those farms cannot be re-stocked starting immediately.

According to the BCSFA, the report by RIAS Inc. found the decision could cost more than 1,500 people their livelihoods, and kill more than 10 million juvenile salmon and eggs while having long-term impacts on numerous communities.

In response, the federal ministry said the decision was made by Minister Jordan after consultation, and consideration of many factors.

“While the culling of any fish would be unfortunate, industry leaders would have known for months prior, if not years, that a final decision would be made by December 2020 regarding the future of the farms. The Cohen Commission recommended this over a decade ago, and the licenses in that area were only ever renewed on a yearly basis for that reason,” the ministry added in a statement.

“In 2021, Canadians expect First Nations to have a say in what economic activity occurs on their territory. These pens were not the right fit for the area.”

However, the association says there is “a more responsible path forward” for B.C.’s coastal communities:

The BCSFA commissioned RIAS Inc., an independent economics firm, to investigate and report on the impact the decision would have.

“We have been speaking about the impacts of this rushed, ill-considered decision since the day it was made, but this report really captured just how widespread the human and animal welfare impacts will be. Thankfully, we are also able to offer a reasonable, respectful way forward, one consistent with genuine reconciliation with First Nations and real engagement with all parties. The ball is now in the government’s court, and we ask them to seriously, and urgently, consider this reasonable way forward.”

Fraser also contends that the salmon farms are environmentally sound.

“The government’s own scientists and independent science process confirmed way back in September that the farms, after 10 years of scientific analysis and focus, were operating with no more than minimal risk to migrating sockeye populations, which is basically, the gold standard,” he added.

“And (it) was the standard that needed to be accomplished or achieved in order for the farms to remain in the area as per the recommendations of the Cohen Commission.”

Report author Doug Blair, an economist and managing director of RIAS Inc., added that his research found “significant concern” with the lack of consultation by the minister.

Fraser agreed, saying the economic fallouts will be to the region and industry will be significant “and could be generational.”

He added, “They’ve cut off the transfer of the baby salmon, to complete their life cycle and they’ve provided no opportunity for everyone to problem solve and to do this in a matter that’s orderly. I liken it to they handed a fire extinguisher, as opposed to getting everyone together to work on an evacuation strategy.”

The BCSFA claims that if it goes ahead, the decision will:

Blair said reconsideration of the approach would have to happen immediately to be effective.

“Salmon farmers operate in five-year cycles, with animals that live three or four years before maturity, running from broodstock management through to fallowing farms after harvest. Several of the impacted farms were fallow when the decision came down and the majority were scheduled for stocking early in 2021,” he added.

Fraser said time is not on their side: “Unless you give the decision more time because right now we’ve only got 16 months to somehow manage the collapse of one-quarter of an industry’s overall production, we need more time to understand and see if there are new ideas and ways to take the pressure off this decision.”

He added that the baby juvenile salmon that are already in the hatcheries need to complete their life cycle.

“They don’t have anywhere to go other than the landfill, or fertilizer,” Fraser said. “And that’s probably over 10 million fish, over 200 million meals, ultimately, that are going to be gone.”

The BCSFA says the current decision that the farms are not to be re-stocked and must be out of the water in 18 months has forced salmon farmers into a position where they need to euthanize millions of broodstock, eggs, parr/smolt in freshwater hatcheries, smolt in saltwater nursery sites, and young fish in saltwater grow-out sites, designated for farms in the Discovery Islands region.

They say that with so many farms being shuttered, there is not sufficient capacity at other farm locations to accommodate all of these animals.

According to the association, companies will likely have to start destroying fish and laying off workers within weeks.

The full report can be found here.