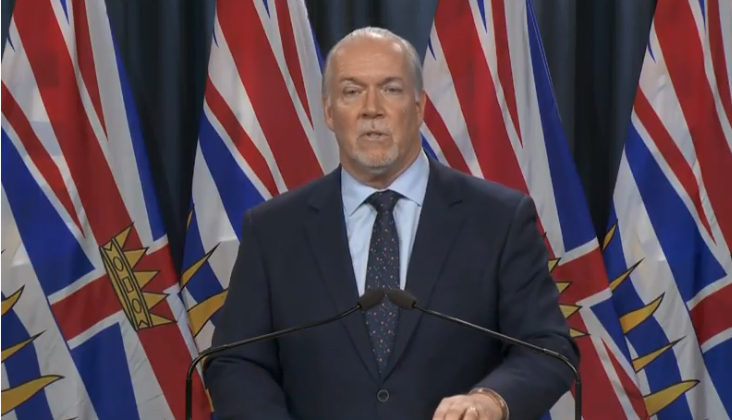 Premier John Horgan has issued a statement, saying, “One year ago today, the first presumptive case of COVID-19 in Canada was announced. The first lab-confirmed case in British Columbia was announced later that week. Within six weeks, COVID-19 was declared a global pandemic.

“Over the past year, British Columbians, like people around the world have faced challenges, hardships, and loss. COVID-19 has turned our lives upside down,” said Horgan.

A lot has happened since January 25, 2020, and Horgan said, “Today is an appropriate time to commemorate the more than 1,000 British Columbians we have lost so far to COVID-19. It is also the time to acknowledge the countless efforts and sacrifices people have made to help protect and take care of others over the last year.

While the COVID-19 vaccines are being administered, the Premier urged British Columbians to remain vigilant and follow safety protocols.

“Today, we recommit ourselves to protecting people’s health and livelihoods from the threat of COVID-19, knowing that better days are ahead,” Horgan said.

Thursday marks the anniversary of BC’s first case, which was confirmed after a man in the Vancouver Coastal Health Authority returned from Wuhan, China.

On March 11th, a man in his 60’s was Island Health’s first confirmed COVID-19 case, after he returned from Egypt.