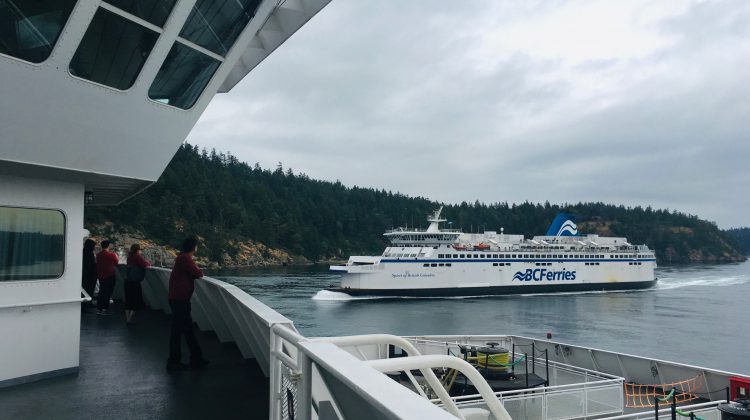 Photograph by Coast Radio news
BC Ferries has been forced to cancel its sailings between Vancouver Island and the Lower Mainland this morning due to the threat of extreme winds over the Strait of Georgia.
The Corporation says the cancellations affect the Departure Bay to Horseshoe Bay run between Nanaimo and the mainland, as well as the Duke Point to Tsawwassen run.
Sailings have also been cancelled between Swartz Bay and Tsawwassen.
In addition, there are sailings cancelled between the Lower Mainland and the Southern Gulf Islands.
Sailings are cancelled until at least noon between Comox and Powell River.
Meteorologists warn that strong southeast winds of 60 to 80 km/h are being experienced as a strong low pressure system approaches the south coast.
The winds are expected to ease around midday as the low moves inland and weakens

COVID-19 Outbreak Declared Over at NRGH