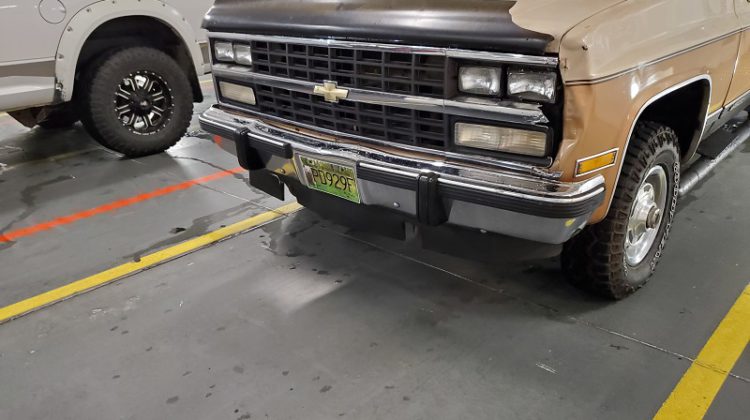 The RCMP is looking for a truck and driver related to a hit and run.

On Saturday police were called to Highway 19 near Parksville where the body of a woman had been discovered.

Officers are continuing to investigate the circumstances around her death, however, they say early indications are that she was the victim of a hit and run.

Central Vancouver Island Traffic Services (CVITS) have identified a driver and a vehicle of interest and have released a photo of the vehicle in an effort to locate it, and the driver.

It’s described as a brown 1991 Chevrolet Suburban with damage to the driver’s side headlight and bug screen. It has the BC licence plate, PD929F.

The vehicle was last seen on the 5:15 pm October 10th ferry from Duke Point(Nanaimo) to Tsawassen (Vancouver).

The RCMP is asking anyone who may have information about the whereabouts of this vehicle and the driver or who may have been a witness to the hit and run on October 9th to call the CVITS at 250-954-2952 and cite file #2020-430.