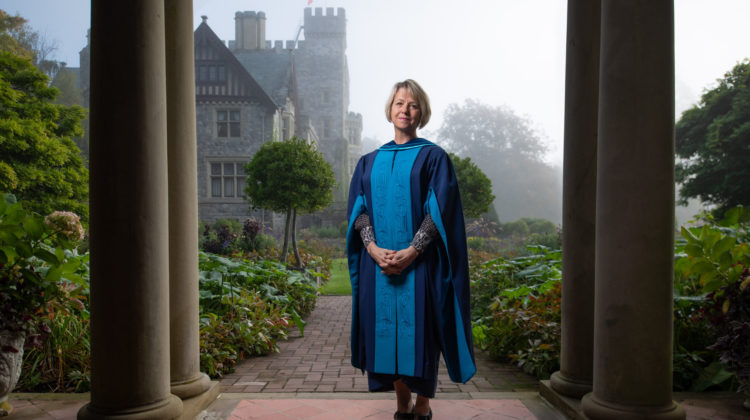 Provincial Health Officer Dr. Bonnie Henry is making room in her busy schedule for another honour.

According to the Royal Roads University website, the Colwood-based university is presenting Dr. Henry with an honorary Doctor of Laws degree on November 6.

“Dr. Henry’s tireless courage in leading us on this often-challenging journey, for the good of each of us and our greater community, is inspiring to us all,” said Steenkamp. “Her leadership, built on decades of experience and rooted in compassion, has positively affected countless lives and helped direct the very path our province is now on.”

Next spring, Steenkamp said the provincial health officer will be a featured speaker in the university’s Changemakers Speaker Series.

“Our Changemakers series features speakers on topics that explore the complex challenges facing humanity and innovative ideas about how we might solve them,” Steenkamp said. “How fitting to hear from a woman lauded by The New York Times as one of the most effective public health officers in the world.”

Recipients of the honorary degree show a standard of excellence that provides inspiration to graduates and sets an example for positive change at home and throughout the world. People who embody the university’s vision of inspiring people with the courage to change the world are honoured. In bestowing an honorary degree on a person, Royal Roads not only honours an honorary degree recipient but highlights what the university values as a community.

“The power of community; supporting each other through adversity, working together with a common purpose, and inspiring to do and be better. This is what has given us the resilience to see this pandemic through. This same sense of community is reflected in Royal Roads University and its graduates, and I am humbled to receive this honour,” said Henry.

Dr. Henry will join graduates at the fall convocation, which will be virtual.