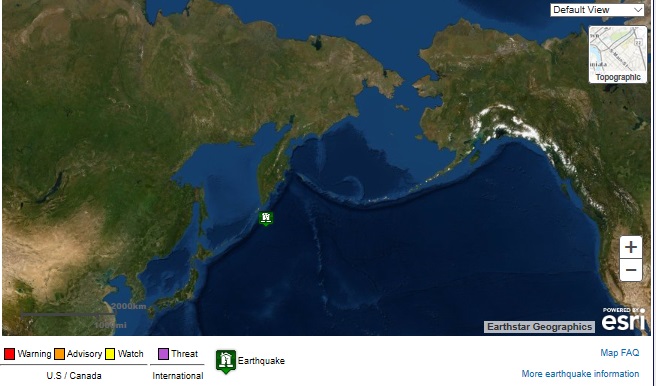 A large earthquake off the east coast of Russia, near the Kuril Islands struck Tuesday night at 7:49 PST pm and while Hawaii was under a tsunami watch, Vancouver Island wasn’t.

The City of Port Alberni was reportedly monitoring the 7.5 magnitude shaker, but the National Tsunami Warning Centre ruled out any danger to BC residents or those in the states of Alaska, Washington State, Oregon, or California.

A California-based seismologist said the earthquake, which struck at a depth of nearly 56.7 kilometres was deeper and smaller than other big trans-Pacific tsunamis.

Seismic waves created false reporting of an earthquake as close as Kitimat, BC.