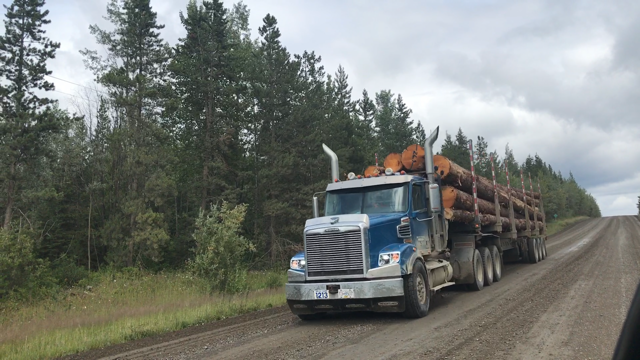 The province is doling out $5 million to struggling logging contractors impacted by the longest strike in coastal forest history.

Premier John Horgan made the announcement yesterday, during his speech at the Truck Loggers Association convention in Vancouver.

“It’s been seven months without earning any income and their current financing is being stretched,” Elstone said. “Obviously, we don’t know when the strike is going to end. Hopefully it ends… next week, maybe it’s going to end in two months from now. We don’t know.”

Port McNeill Mayor, Gaby Wickstrom,  was at the convention in Vancouver.

She said something is better than nothing.

“But at the end of the day, the guys want to get back to work,” Wickstrom said.

Wickstrom added that she was disappointed to hear Horgan state that the government won’t get involved, and that the best agreements are reached at the bargaining table.

“My argument would be, ‘best for whom at this point after seven months?’” Wickstrom said. “It’s certainly not best for people in our communities.”

“The premier did allude to the fact that he had hoped something would be reached by next week but I really don’t want to get my hopes up because he had said that before and then nothing’s happened,” she said.

“He did mention that he is intensely frustrated, and that this is a ridiculous length of time for them for them to be out, but he didn’t commit to any sort of action that would help the two get back at the table and help them find a solution to this bargaining predicament that they’re in.”

Wickstrom said she agrees in the bargaining process when it works, “but this one is not working and it’s very evident after seven months.”

“I believe that the two sides won’t reach an agreement on their own and I think that they will need some help, but I don’t anticipate, honestly, for that to happen until the House goes back into session.”

More details are expected to come from the province next week.