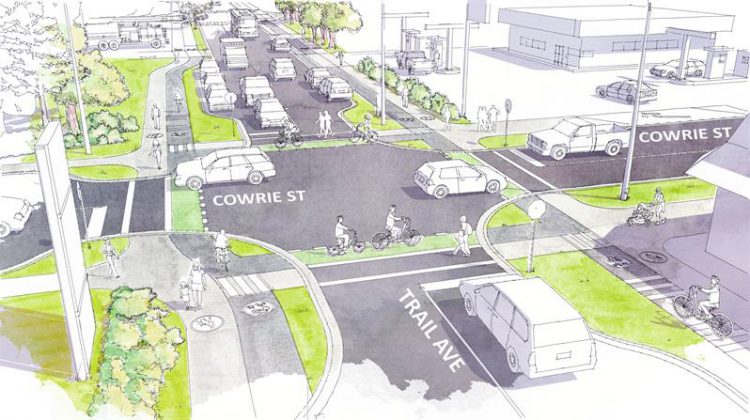 Illustration provided by District of Sechelt

The Trail Avenue realignment and storm sewer work in Sechelt is set to begin next week.

It will be completed in August of next year.

The six-Million dollars in improvements to Trail Avenue include new storm sewer lines, a multiuse pathway on both sides of Trail Ave to accommodate pedestrians and cyclists, street lighting, and pedestrian controlled crossings.

There will also be decorative crosswalks placed at the Cowrie Street and Dolphin Avenue intersections.

Trail Avenue between Ebbtide Street and Neptune Street will be where the work begins.

Ebbtide Street may be closed to traffic in front of the new dog park from December 12th to 25th.

In the new year, the crews will move to the stretch between Ebbtide Street and Surf Circle. and then along Cowrie Street.

There may be road closures at times, but efforts will be made to minimize inconvenience.

Coronavirus Outbreak, Not Being Called a Pandemic