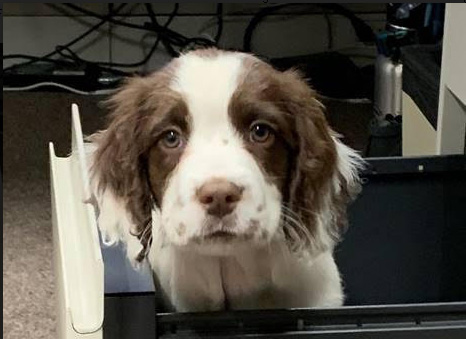 Vancouver Coastal Health has a C. difficile Scent Detection Program that is renowned throughout North America.

Dodger and Angus are two dogs that can sniff out a disease that can lead to watery diarrhea 10 to 15 times a day, a rapid heart rate, blood in the stool, and fever.

There was recently a competition to name one of the C. difficile scent detection puppies in training and after more than 900 responses, the recruit now goes by the name of “Finn.”

Finn and his sister, Traveller will spend the next several months learning the basic skills and behaviours expected of all service dogs, before specializing and becoming C. difficile scent detection dogs.

C. difficile is a disease that attacks people who have weakened immune systems due to the use of antibiotics. 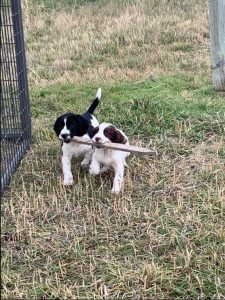 Finn and his sister Traveller playing with a stick. Supplied by Vancouver Coastal Health.